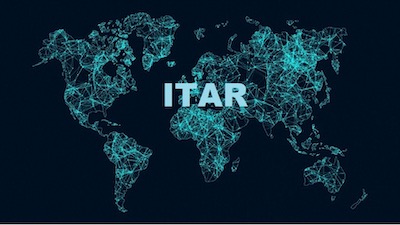 What Have They Done to the ITAR? - Revisions and Reorganization Underway

Joe Compliance has an export control issue involving definition of some of the terms being used.  Joe goes to the website of the Directorate of Defense Trade Controls (pmddtc.state.gov) and clicks on “Review the ITAR.”  He opens Part 120 where the definitions are found.

“What have they done to the ITAR?” says Joe.  Part 120 now has three subparts.  “Where are the definitions?” exclaims and increasingly concerned Joe.  He clicks on the Table of Contents for Part 120 and finds the definitions in Subpart C.  “There they are!  But what is this other stuff in Part 120?”

There are now three subparts to Part 120:

Subpart A of Part 120 is titled General Information provides just that.  This includes:

Subpart B contains other useful and important information, including:

These changes go back to March 22, 2022, when DDTC published an interim final rule in the Federal Register announcing a multi-year, multi-rule project to better organize the ITAR.  This is the first such project since July 22, 1993.  According to DDTC “the purpose of this rule  is to consolidate and co-locate the authorities, general guidance, and definitions that have become dispersed throughout the ITAR by subsequent rulemakings.”

The first part affected by this project is Part 120.  On September 6, 2022, the changes to Part 120 described above became effective.

Let’s quote DDTC again:  “In order to accomplish our goals, DDTC is moving generally applicable text from the various parts of the ITAR to Part 120, editing that text when necessary, editing for clarity some text from sections that did not move, removing duplicative, outdated, or unnecessary text, and adding new text to better explain existing policies and procedures.”

These changes not only affect Part 120 but will likely be used as guidelines for further re-writes and reorganization of the ITAR.

Further re-writes and reorganization of the ITAR?  Yes – expect more parts of the ITAR to undergo similar changes.  This will take some time but the end product should be a more understandable and usable document.

If you have a hard copy of the ITAR obtained from the Government Printing Office or other sources, or have a pocket size ITAR you can carry around, you will need to check to see if it contains the changes to Part 120.  If not, it may be time to use the latest-greatest version at the DDTC site or order the BITAR or BAFTR from our colleague Jim Bartlett.

DDTC expects everyone to comply with the ITAR.  By making these changes that job will become easier.