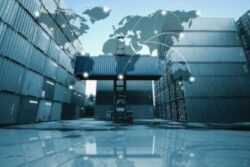 The intention of the Export Control Reform initiative, which began in 2009, was to simplify the export of controlled items while refocusing on critical national security policies.

The Export Control Reform Act of 2018

As part of the John S. McCain National Defense Authorization Act of Fiscal Year 2019, the Export Control Reform Act became law on August 13, 2018. The Act creates an avenue for enhancing export and investment controls on critical technologies while also establishing permanent statutory authority for the Export Administration Regulations (EAR). Also affected will be foreign acquisitions of U.S. companies in that the acquisition may be subject to stricter national security reviews by the Committee of Foreign Investment in the United States (CFIUS).

The Export Control Reform Act of 2018 (ECRA) was introduced as bi-partisan legislation in February 2018. The Act’s main initiative is to protect emerging and foundational technologies that are potentially dual-use where there were previously no protections. The necessity for new protections can be attributed to the current lack of understanding of new technologies and the extent of how they could be used for military purposes. The government wants to ensure that emerging U.S. technologies, and any advantage they may offer the United States, are not being seized by other countries upon export, or reaching restricted end users or end uses. This specific issue is a chief concern with China at the moment.

Now, the Act codifies modern Bureau of Industry and Security (BIS) practices and policies and paves new authority for establishing export controls on emerging and foundational technologies. The Act also creates a regular process by which BIS is obligated to continuously review, in conjunction with other agencies, emerging and foundational technologies that may need to be added to the Commerce Control List (CCL). The agencies charged with the responsibility of establishing new export controls include the Departments of Commerce, State, Energy, and Defense. Other agencies may provide support, as needed, but long gone is the notion of using a single agency to administer and enforce new export controls that was proposed under the Obama Administration.

On November 19, 2018, BIS gave some insight as to what “emerging technologies” could look like. The agency published an Advanced Notice of Proposed Rule-Making (ANPRM) seeking public comment on fourteen categories of technologies it could consider “emerging” in the U.S. Federal Register. While the notice did not go into detail about what can be considered “foundational technologies,” the world learned what the U.S. government might consider as emerging technologies. The ANPRM described technology categories that are currently subject to the EAR but are only controlled to the extent of embargoed countries, flagged countries as supporters of international terrorism, and certain restricted end uses or end users. The purpose of the proffered list, as follows, is to determine whether specific technologies within these categories need to be added to the CCL:

2)  Artificial intelligence (AI) and machine learning technology, such as:

4)  Microprocessor technology, such as:

5)  Advanced computing technology, such as:

6)  Data analytics technology, such as:

7)  Quantum information and sensing technology, such as:

8)  Logistics technology, such as:

11) Brain-computer interfaces, such as:

13) Advanced Materials, such as:

14) Advanced surveillance technologies, such as:

In establishing new controls, BIS is considering the following factors:

After considering public comments, public and classified information, and consulting different governmental advisory committees, BIS will determine the appropriate level of controls to give certain technologies.

In the interim, BIS has broad authority to control technology exports in specific circumstances or on case-by-case bases. Item-based license exceptions exist under ECRA for some technologies described in the International Emergency Economic Powers Act, technologies prohibited by other laws, items subject to regulatory exceptions, and for the following types of transactions:

Impact of Export Control Reform Act on the Agencies and Exporters

By now, the public comment period has closed for emerging technologies, and we now patiently await the proposed rules based on those comments. In addition to public comments, ECRA requires the agencies in charge to consider other sources of information on the technologies, such as industry and academic experts. The goal here is to ensure that those considering the new technologies are as informed as possible before creating controls that will be difficult to administer or that will stifle commercial industry and domestic advancement.

As part of Section 1758 of the Act, technologies already subject to export controls under EAR must not be targeted under the new process or controls. This Section also outlines additional requirements Congress must consider before imposing controls. For example, if unilateral controls would not eventually be enforced multilaterally, or would not help in achieving national security objectives, then the agencies in charge must reconsider the benefits and realistic effects of the controls. On this same note, part of the technology review process includes coordinating with other countries, after emerging and foundational technologies are identified, to establish global controls under various export controls regimes.

The real challenge BIS now faces is how to establish controls for these critical technologies in order to not impair national security  or dampen the U.S. commercial sector for these industries trying to keep pace with international competitors.

The potential impact of too many controls on emerging technologies rests on the implementation aspect of those controls. If exports get blocked or held up for too long, the U.S. risks becoming behind in the game, or arriving too late. This is because sensitive technologies would be controlled as exports, reexports, or in-country transfers – meaning that a foreign national, such as an expert in the field of a certain technology working in the United States, would not be able to consult, or even look, at emerging technologies without first obtaining a license. This restriction has the potential to significantly slow down growth or deter researchers and companies from working in the United States altogether, forcing valuable minds and funding to plant expertise and knowledge elsewhere.

Export Control Reform, in the past, has caused a dramatic increase in the number of license applications processed by BIS. The addition of new categories to the CCL would, undoubtedly, add to the administrative burden, likely causing an increase in license application processing and issuance of CCATS determinations.

The following situations are illustrative of where emerging technologies may be controlled:

The potential reach of the proposed new controls is vast, and global enterprises should be closely monitoring BIS developments.

The Future of Export Control Reform

A recent study by the Information Technology and Innovation Foundation explored the effect proposed export controls would have on the advanced technology industry. The study found that U.S. technology firms could lose between $14 billion and $56 billion in export sales over a five-year period due to potential controls on some of the emerging technologies listed in the fourteen categories above. Additionally, missed export opportunities, as a result, could threaten between 18,000 and 74,000 jobs in the technology industry.

As we await the inter-agency review process, we also await the ANPRM for foundational technologies, which were specifically excluded from this first round of considerations. However, the November 2018 ANPRM did note that public comment on how emerging technologies may, or may not, differ from foundational technologies would also be accepted with the comments on emerging technologies. Quite possibly, the two may not end up separated at all, especially given the off-limits nature of publicly available technological information.