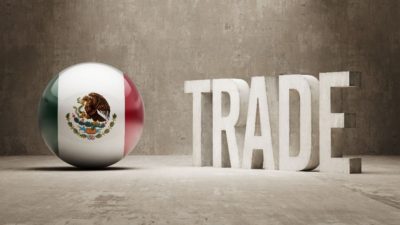 In four decades, the process really hasn’t changed that much. The form names are a bit different and can now be submitted electronically and payment may be done through electronic funds transfer or a monthly statement – but the basic process is very similar. One reason for this is that much of the current process is fixed by legislation and requires Congress to make substantial changes.  Another reason is that a new and different automated system is required to support a different process and that system is still being developed and implemented.

Nonetheless, U.S. Customs & Border Protection (CBP) is taking significant strides toward what it is labeling its Trade Transformation initiatives. Trade Transformation will change the process by which commercial imports are processed. Important parts of this transformation include the Automated Commercial Environment (ACE), simplified entry processing and Centers of Excellence & Expertise.

ACE has been under development for many years and has been implemented incrementally. Many of the ACE implementations affect cargo manifests and reporting, but most affect the Customs clearance and entry process. Gradually, different parts of the Customs clearance and entry are being implemented in ACE – sometimes on a voluntary basis. However, ACE is now also serving as the platform for other Trade Transformation initiatives.

One of these initiatives is simplified entry. As mentioned above, Customs clearance is a two-step process involving two separate forms. The two forms contain redundant or very similar information.  The importer or customs broker has to input some of the same information twice and CBP has to review and store duplicative data. The idea behind simplified entry is to allow a one-time filing based on minimum necessary data prior to departure from the country of export followed by a monthly summary of import transactions and payment of duties, taxes and fees. Simplified entry is now being tried on a voluntary basis. The trial is limited to air freight imports that are not subject to CBP and other federal agency restrictions. The plan is to expand simplified entry to ocean imports and imports involving federal agencies that agree to participate in the project. To fully implement simplified entry as the primary means for CBP to process imports will require legislation, so in the meantime it remains a trial program.

Another major initiative is the creation of Centers of Excellence & Expertise (CEE). Currently, importers file entry summaries at the port where the original clearance took place. The entries are reviewed and processed by import specialists at those ports or a nearby service port. The importer may also be assigned a CBP Account Manager stationed at one of the service ports. As a result, a major importer may file entries in multiple ports, deal with several Import Specialists across the country (who may or may not be familiar with the importer’s commodities), and have an account manager located nearby or in another part of the U.S. The CEE program seeks to change this.

Under the CEE concept, CBP is establishing centers in different major ports of entry in the U.S. Each center is staffed by import specialists and other CBP personnel and specializes in a specific group of commodities. As an example, the first CEE was set up to specialize in imports of pharmaceuticals.  Other CEEs followed for electronics, automotive, aerospace, oil and gas. Each CEE processes entry summaries of the specific commodities. The clearances still take place at the individual ports of entry but entry processing takes place in one place by one set of CBP personnel. This helps bring about more uniformity and assures the importer of a “go-to” group of CBP personnel to take questions and resolve issues. The CBP personnel benefit by learning more about the specific commodities and the industries represented by the importers of those commodities.

Currently, the CEE program is being expanded to additional commodities. Several new CEEs are planned for implementation in 2013. This may be the way that CBP processes entries and deals with importers in the future. Right now, participation in CEEs is limited to “trusted traders” who volunteer for the program and import the types of commodities handled by the CEEs. A trusted trader is an importer that participates in the C-TPAT and Importer Self-Assessment programs. These programs and the entrance requirements for participation in CEEs are also being looked at by the agency and hopefully they will be changed and expanded in the near future.

Customs brokers are an essential part of this process. CBP has been engaging the broker community to solicit input on a new entry process. CBP has also been considering a rewrite of the broker regulations to establish a new licensing process and broker responsibilities. Many of these programs and processes have been a long time in coming. They are steps in the right direction, so let’s hope that budget cuts, CBP management change, and whatever is happening (or not happening) in Congress won’t jeopardize the progress made.