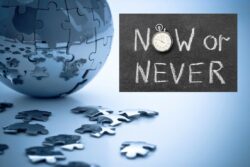 It seems like a long time ago, but it really wasn’t, that President Trump withdrew the United States from the TPP (Trans-Pacific Partnership) on his 3rd day in office. Looking back, it was actually the gateway for the implementation of the Section 301 tariff war with China. For a group of countries though, the TPP was never the only game in town as the Regional Comprehensive Economic Partnership (RCEP) trade agreement covering ASEAN, (the Association of Southeast Asian Nations) including Brunei, Cambodia, Indonesia, Laos, Malaysia, Myanmar, the Philippines, Singapore, Thailand, Vietnam, and six other economies notably China, India, Japan, Korea, Australia and New Zealand. RCEP, which actually launched in November of 2012 in Cambodia, is still on the negotiation table, with China leading the way. The proposed regional pact offers an integrated market of 3.6 billion people that contributes to a third of the global GDP. If it gets to the finish line (insert doubts here) it will be the largest global FTA. After seven years of RCEP negotiations the proverbial question is, are we “outsiders” ready to simply consider this potential partnership a pipe dream? Well,  nothing even remotely etched in stone has emerged over the years and the various countries trade representatives are insisting that they are within the realm of what onlookers call a “do or die” stage to complete a deal making the 16 countries involved the world’s biggest free-trade zone.

So, since this initial meeting back in 2012, what’s been the major hold up? Well, India and China are the major players in the RCEP representing about 70% of the trade volume, and that lends itself to a lot of caution when it comes to protecting oneself, and in this case specifically India taking a step back. India’s resistance to scrapping tariffs and other roadblocks have put a damper on progress. New Delhi is also concerned that the deal would lead to Chinese goods flooding its massive consumer market. India and China do see themselves as being in the same market as manufacturing countries, so these issues are all contributing to major sticking points that need to be overcome.

China and India aside, protectionist sentiments surrounding the manufacturing and agriculture sectors, as well as more flexibility in movement of labor across borders, has also proven to be a major roadblock for large exporting nations like Australia. Trade Minister Coulton said “Australia’s expansive trade agenda, with the U.S. and China being two of its biggest partners, means the country needs to spread risk by engaging in a number of bilateral and multilateral agreements”.

It has also launched negotiations for an FTA with the European Union; and is exploring a prospective Australia-UK FTA in the wake of Brexit. Brexit of course is entirely another mountain to climb….just ask Boris Johnson (Exit is set for the end of October). Plus, next up on the tariff war list for President Trump is the E.U. as he has often said, “It’s worse than China.” At the time of this writing, The World Trade Organization gave President Trump the “green light” to impose tariffs on $7.5 billion worth of European goods, ending a 15-year dispute over illegal subsidies to aircraft maker Airbus. (This suit was originally filed with the WTO in 2004)

U.S. Trade Representative Robert Lighthizer has promised to implement the tariffs on European aircraft and helicopters, as well as consumer goods such as wine and Gouda cheese “immediately”. The European Union has of course vowed to retaliate with its own levies on American products while it awaits a separate WTO ruling next year on its complaint that Boeing, received improper government backing.

Now, getting back to the ongoing discussions (26 round-table meetings to date) of avoiding an impasse for RECP. How do they navigate around the major players, China and India, and make a push to conclude the pact within, let’s say, the first quarter of 2020? (No way is this happening by November 1st, or before year end 2019 IMO) Well, the fact remains, India has problems with China, Australia has a problem with India, and China has a problem with everyone still discussing their problems. Let’s face it, it’s never going to be exactly what every country wants, so is there hope regarding major flexibility? It’s just like marriage…you have to be willing to compromise…but how much? It’s complicated, as the RCEP is set to cover trade in goods, services, and investments, intellectual property issues, economic and technical cooperation, dispute settlement, competition, and a host of other concerns. This deal would however be a landmark trade development in the western Pacific region. So, looking on the bright side of life (Insert Monty Python song here) , and as a way to expedite talks, China and Malaysia have raised the possibility of leaving India out of RCEP for now, allowing them to join at a later date. (IMO, there is very little chance of that happening). This potential exclusion of India of course mirrors the Trans Pacific Partnership loss of a major contributor after the U.S. withdrawal. The potential elephant in the room is, if India and its U.S. $2.6 trillion economy is temporarily left out of the mix, does the agreement lose credibility? The short answer, absolutely.

Let’s get back to hope, and possibly some prayer. Recently the Chinese Minister of Trade, Chan Chun Sing, spoke very confidently regarding the “finalization” of the trade agreement. “Negotiations for the Regional Comprehensive Economic Partnership are in their final stages, though there will be some “tough trade-offs required.” (To put it mildly).

“With a bit of political commitment from all sides, we can probably just cross the finishing line sometime by the end of this year, if not the early part of next year, or maybe even the year after that* he said. (*I added this, I was compelled as a pessimist).

Why is there such a huge fire lit under China to get this deal done? Well, the trade war of course with the U.S. becoming much like a snowball rolling down a hill. We are now on list 4A and 4B and have covered just about everything that Walmart imports from China, and that hurts. Other pieces of the puzzle are just sitting on the table yet to be added to their “place” in the bigger picture as tensions between Japan and South Korea are also now in the mix, with both revoking each other’s favored export partner status. In the meantime, the U.S. recently reinstated the preferential trade agreement with India. (imagine that)

More hope perhaps? “What I can tell you is that in Bangkok last weekend, all ministers including India reiterated their commitment to concluding the negotiations in full by the time of the leaders summit in November,” negotiator James Baxter said, referring to a RCEP trade ministers’ meeting held in Thailand on September 8, attended by Union Commerce Minister Piyush Goyal. He mentioned that negotiating teams and diplomats from all 16 RCEP countries which include the 10 ASEAN states, and six ASEAN-FTA partners China, India, Australia, New Zealand, Japan and South Korea, will meet for a “Track 1.5” round table on “Global and Regional Trade and Economic Integration Issues”. The meeting will be inaugurated by Minister of State for Commerce & Industry, Hardeep Singh Puri, who is expected to articulate India’s continuing concerns about signing on to the agreement.

Some optimists involved in the discussions think that RCEP negotiations are now in the home-stretch with only “a small number of critical issues outstanding” between the 16 countries. Of 29 parts of the agreement including the preamble, chapters on rule and market access and annexes, only about 12 parts remain incomplete. Seven chapters have been fully concluded, and two others are nearly concluded.

So therefore, the reality is, Thailand, as the ASEAN Chair, faces a huuuuuuge task of pulling together a consensus on outstanding yet highly sensitive issues between all countries involved.

Once again, (allowing China to interject) it’s worth mentioning, if completed, RCEP will be the world’s biggest FTA, comprising countries that make up 45% of the world’s population with 33% of its GDP, and at least 28% of all trade in the world today, which are projected to form half the world’s GDP by 2050.

A final decision is expected closer to the summit, just ahead of Prime Minister Narendra Modi’s visit to Thailand on November 1. Ministers from the 16 countries involved in the (RCEP) said it is in the region’s “collective interest” and the “highest priority” to conclude the trade pact this year.

They also called it the “most important trade agenda in the region. President Trump begged to differ, but that’s another article in itself.