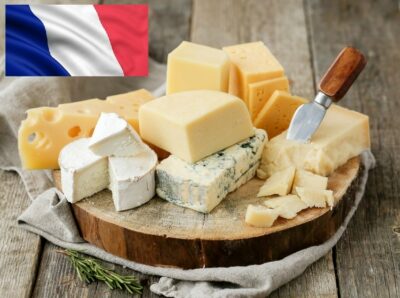 Section 301 duties on French merchandise?  How can that be?   Doesn’t Section 301 only apply to China?

The answers are yes and no.  The US Trade Representative announced that the US was planning to impose up to 100% additional duties on a variety of French origin products – most of them pretty nice stuff.  The 301 duties – which are still proposed at this time – are in response to France’s imposition of a 3% digital services tax (DST).

The DST applies to:  (1) The provision of a digital interface enabling users to enter into contacts and to interact with others (“intermediary services”); and (2) the provision of services to advertisers that aim at placing targeted advertising messages on a digital interface based on data collected about users and generated upon the consultation of such interface.  The tax would apply to providers such as Amazon, Facebook, and Google on their activities in France.  The tax is also retroactive to Jan. 1, 2019.

Under the Constitution, duties are levied by Congress.  However, Section 301 of the Trade Act of 1974 gives the President the authority to impose additional duties to enforce U.S. rights under trade agreements and addresses what are deemed unfair foreign barriers to U.S. exports.  Thus Section 301 duties can be imposed where these circumstances exist – not just with China.

The USTR contends that the DST discriminates against US digital service providers, pointing out that it exempts smaller digital service providers, who tend to be French.  The USTR also objects to the retroactive application of the tax.  Finally, the USTR contends it is an unreasonable tax policy because it includes extraterritoriality; taxing revenue not income; and a purpose of penalizing particular technology companies for their commercial success.

In response to the DST the USTR proposes to impose the additional duties on a variety of French products.  Are the affected products associated with digital services?  Nope – they are aimed at a variety of premium French products falling under 63 HTS classifications.  These include:

The effective date of the additional 301 duties has not be set, but could be in the first quarter of 2020.  Before that happens the USTR is allowing opportunities for the public to be heard.  Parties can submit written comments on this proposal via regulations.gov.  The comments are due by Jan. 6, 2020.  Parties can also request to appear at a public hearing on this matter.  The requests to appear are due no later than Dec. 30, 2019.

If the Section 301 duties take effect, will there be an opportunity to request an exclusion?  That has not been announced, but parties who believe an exclusion process would be appropriate should put it in their comments to the USTR.

Of course, US Customs & Border Protection (CBP) will continue to have its hands full – make that overflowing – with collecting and enforcing the additional duties.  Is the imported Romano cheese from Italy as claimed on the entry, or is it actually from France and relabeled and re-invoiced as Italian?  CBP may need to hire more chemists for its laboratory to do all the required analysis.

Many of the products on the list would make good holiday gifts.  Better get them now before it is too late!