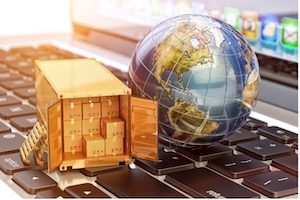 Non-Preferential Origin Rules – Which Do You Prefer?

If articles are imported from Canada or Mexico and do not qualify for the US-Mexico-Canada free trade agreement (USMCA), what rules apply?   Such imports would be considered non-preferential, but how would the country of origin be determined?

The country of origin is important for a number of reasons:

That takes us back to imports from Canada and Mexico that do not qualify as originating under the USMCA.  How do you determine the country of origin?  Right now there are two ways:

In many instances use of either rule will produce the same result.

Example:  A product is imported after assembly in Mexico.  The materials and components used in the product originate in China and other non-qualifying countries.  The product does not qualify for USMCA because it does not meet the specific rule of origin for the HTS provision under which it is classified.  Under the traditional substantial transformation rule the parts and materials used in the product would need to be manufactured into a new product having a new and different name. character and use.  Under Part 102, “each foreign material (in this case meaning not made Mexico) incorporated in that good undergoes an applicable change in tariff classification set out in §102.20 and satisfies any other applicable requirements of that section, and all other applicable requirements of these rules are satisfied.”  The analysis would need to identify the parts and materials of Mexican origin and those of non-Mexican origin, then classify the non-Mexican parts and materials and compare those classifications to that of the end product according to the detailed rules for the classification of the end product in 102.20 to determine if a change in tariff classification took place.

Which rule is better?  That may depend on the product and information available, but we would opine that to use the Part 102 rule one would need a detailed bill of materials and the ability to not only classify the end product, but all the non-originating parts and materials that went into it.  That information and knowledge may not be available to everyone.

Of note, CBP was soliciting comments on the proposed rule.  Comments were due no later than Aug. 5, 2021 (only a 30-day comment period). As a result of the tight timeline for comments, AAEI filed a request with U.S. Customs and Border Protection (CBP) for an extension to comment on CBP’s Proposed Rule on Non-Preferential Origin Determinations for Merchandise Imported from Canada or Mexico for Implementation of USMCA saying that importers and exporters need more time to assess fully the potential impacts of this change to existing supply chains and to provide meaningful feedback to CBP. The current deadline was August 5th.

Extension or not, in the next steps, CBP will digest and respond to the comments submitted, then could publish another proposed rule, or publish a final rule with an effective date.  This will take several months.  Stay tuned.

More articles by this author: https://www.braumillerlaw.com/author/adriennebraumiller/