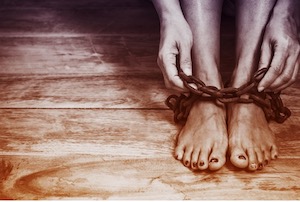 We can all agree that goods made from forced labor, indentured labor or child labor should not be introduced into the U.S. market. Indeed, U.S. law prohibits the entry of goods made from forced labor.  The Uyghur Forced Labor Prevention Act (“UFLPA”) which went into effect as of June 21, 2022, expands on this prohibition  by placing a ban on goods from the Xinjiang Uyghur Autonomous Region (“XUAR”) where ethnic minorities are being exploited or certain specified entities that are involved in using forced labor.  This ban consists of a rebuttable presumption that goods imported form the XUAR or a listed entity are made in whole or in part using forced labor.  This presumption can only be overcome by clear and convincing evidence which will require a detailed supply chain tracing (discussed below). Where goods are made using forced labor, but they are not produced in the XUAR or by a listed entity, U. S. Customs and Border Protection (“CBP”)  can issue a Withhold Release Order (WRO) or a Finding to prevent merchandise produced in whole or in part in a foreign country using forced labor from being imported into the United States.  Since October of 2021, CBP has issued 54 Withhold Release Orders (“WRO’s”) 9 Findings and over 2,000 detentions of merchandise. Additionally, with forced labor regulations from the Department of Homeland Security (“DHS”) on the horizon, enforcement of forced labor laws in the United States will only continue to escalate.

U.S. Customs and Border Protection (“CBP”) is not shy about enforcing forced labor requirements. For example, in July 2022, CBP began detaining large shipments of solar cells and solar panels possibly from the XUAR, which are made of polysilicon, and which are now subject to the UFLPA. In February and March of 2022, CBP in Baltimore seized several shipments of palm oil  because the oil was manufactured in Malaysia subject to a Finding, which was estimated to be worth $2.5 million. Similarly, in May 2021, CBP seized multiple shipments of plastic gloves, including a shipment of 3.97 million nitrile disposable gloves and a shipment of 4.68 million latex gloves, from Malaysia that were made by subsidiaries of Top Glove Corporation Bhd. (Top Glove), which are subject to another Finding. With more products rumored to be detained pursuant to the UFLPA, importers must be putting in the time and documentary burden of conducting forced labor due diligence in their upstream supply chains.

On June 13, 2022, CBP released its Operational Guidance for Importers re the UFLPA. This guidance lists the documentation required to comply with the UFLPA, including specific documents required for cotton, tomatoes, and polysilicon, as well as methods of tracing and supply chain mapping, as well as the detention, seizure, forfeiture, exclusion, and protest processes for the disposition of potentially violative merchandise. This CBP guidance followed the Updated Guidance Document for Industry Hoshine Withhold Release Order (March 1, 2022), which also provided a list of documents and compliance measures required for tracing merchandise to show no evidence of forced labor. The FLETF, headed by the DHS and authorized pursuant to the USMCA, published its UFLPA Strategy on June 17, 2022, which contains operation guidance for importers regarding documentary requirements and tracing origin for imported goods. As part of this strategy, FLETF started the UFLPA Entity List, which contains dozens of Chinese entities identified as using forced labor in the production of products. It is crucial for importers to screen their vendors and upstream supply chain using this UFLPA Entity List, and to gather the information and documents listed in the guidance.

What is Forced Labor Due Diligence?

Forced Labor Due Diligence is vetting new and existing suppliers and upstream supply chain for use of forced labor. Prior to initiating a relationship with a new supplier, request that the new supplier answer a forced labor questionnaire, add terms and conditions prohibiting use of forced labor in sales contracts, welcome unannounced on-site visits, and sign certificates that verify that no forced labor is used. CBP is also looking for video interviews from company representatives or private investigators with foreign factory workers that show the absence of duress, restraint, coercion, or other signs of involuntary work, such as the absence of handcuffs or physical evidence of violence, like cuts or bruises. If your foreign suppliers push back or refuse to provide this type of information, CBP has advised importers to not import goods from those foreign suppliers. (The problem here is that China has established a myriad of sanctions or blocking statutes to prevent what it considers to be illegal extraterritorial application of foreign laws that harm the Chinese economy, thus, suppliers who push back may not being do so due to actual forced labor in their supply chain but rather due to a fear of being subjected to various penalties available under Chinese laws).

Forced Labor Due Diligence includes documenting the materials and labor use of a product’s entire upstream labor and material production. Importers should trace the origin of the goods and their components by compiling a detailed document trail including, but not limited to, the following types of documents and information.

Forced Labor Due Diligence includes maintaining a company-wide Forced Labor Compliance Manual and conducting periodic supply chain audits for forced labor. According to the CBP guidance, importers must be conducting periodic audits with an eye for imports of goods made using forced labor. Importers should maintain forced labor procedures for detainments and other CBP actions pursuant to WROs, including proof of admissibility statements and certificates of origin. This should include a high-level statement of policy from senior management demonstrating the company’s commitment to not using forced labor in its supply chain and training for employees and subcontractors regarding forced labor compliance.

For certain industries or products from the XUAR, CBP and DHS provided specific requirements for tracing and supply chain mapping for cotton products, tomato products, and polysilicon products. Although applicable to the UFLPA, these instructions provide guidance for proving similar products from China or other countries are not made using forced labor.

Tomatoes – Specific documentary evidence must include supply chain traceability documents, such as lot codes assigned based on the commodity, variety, location, and harvest date, which demonstrate the point of origin of the tomato product. The importer must identify the tomato processing facility, including both the parent company and the estate that sourced the tomato seeds and/or tomatoes. These documents must contain records for the tomato seeds, tomatoes, and/or tomato products that identify all steps in the production process, from seed to finished product, from the farm to shipping to the U.S. The importer must also provide a list of all entities associated with each step of the production process, with citations denoting the business records used to identify each upstream party – even if they did not have direct contact with the importer.

Polysilicon – Specific documentary evidence must include documents that show all entities involved in the supply chain and the country of origin of each material, and a flow chart mapping each step in the procurement and production of all materials and identify the region where each material originated from location of the quartzite used to make polysilicon, to the location of manufacturing facilities producing polysilicon, to the location of facilities producing downstream goods used to make the imported good. Importers must also provide a list of all entities associated with each step of the production process, including upstream partners not in contact with importer – even if they did not have direct contact with the importer.

With the UFLPA in force, along with dozens of WRO’s, new Findings, and recent seizures, being unprepared for a forced labor inquiry by CBP is going to be costly – not just for an immediate shipment, but for future shipments in your upstream supply chain. Do not wait until CBP has determined that your supply chain contains evidence of forced labor. Due diligence means researching and vetting the upstream supply chain of your company’s products and verifying whether forms of slave labor are used. Forced labor audits are no longer only a humanitarian or social responsibility concern – they are required by CBP to prove that imported merchandise into the U.S. was not made using forced labor, or you risk seizure or other consequences. Importers should act now and implement compliance measures immediately to account for the growing concerns of forced labor enforcement. For importers with complex supply chains, with a multitude of levels or multiple parties, you should seek the advice and assistance of Outside Customs Counsel to navigate the traceability requirements, develop forced labor procedures, and possibly obtain an advanced ruling. Importers whose merchandise is detained for suspected use of forced labor should not hesitate to contact Outside Customs and Trade Counsel as soon as possible.

Below are links to helpful resources for importers as guidance for forced labor due diligence and compliance with U.S. forced labor laws.