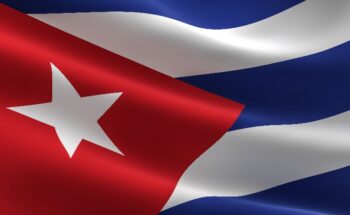 It’s been six decades of diplomatic separation between Cuba and the U.S., and Barack Obama and Cuban leader Raul Castro nevertheless found a way to sit down together recently in Panama and make a public display of their talks at a regional summit, moving one step closer to restoring diplomatic ties. Apparently there have also been secret discussions, (imagine that), over the past two years leading up to this “announcement” of a potential new era in trade with Cuba and the U.S.

So, it begs the question at this point: What are the chances of “a new world” actually being brought to fruition in the next year or two between the very different countries, given the fact that we are so divided on ideology and policy with this communist island? It may lead one to revisit the 13-day confrontation in October 1962 between the United States and the Soviet Union over Soviet ballistic missiles deployed in Cuba. It played out on television worldwide and was the closest the Cold War came to escalating into a full-scale nuclear war. “The Cold War is over,” Obama said at the recent summit. “I think there is a strong majority both in the United States and in Cuba that says our ability to engage, to open up commerce and travel and people-to-people exchanges is ultimately going to be good for the Cuban people.”

“Good for the Cuban people”? I think it’s going to be “great” for the Cuban people. Especially those Cuban companies who are currently in a good position to open trade immediately with the U.S. (like cigar companies) Yes, while we have missed “Cuban cigars” for the most part, Cuba has missed 60 years of having a good partner in building economic growth. The communist island has truly suffered as a result of U.S. sanctions, but now even some Cuban scholars believe that there is an opportunity for the embargo to be lifted. Of course, there are still many Cubans who don’t believe this will ever actually happen as a result of seeing other diplomatic talks over the years that never brought anything beneficial to fruition. Well, let’s be optimistic instead, and say that it can and will happen with some concerted effort on both sides of the discussion table, and that this is the right time in history for it to happen.

Where is Cuba now in the world of trade and economic health?  Well, Cuba’s economy is significantly dependent on imports, and over the last decade Cuba has run consecutive trade deficits as a result of low productivity and dependence on food imports. A little trade history tells us that Cuba mainly exports nickel, cane sugar, cigars, fuel, beverages, metallic ores, fish, cement, oil and thyroid extract. They mainly import food, cereals, fuel, diesel engines, vehicles, motor parts and vegetable oils. Cuba’s main trading partners are Venezuela, China, Canada, Spain, Brazil, the Netherlands, the United States, México, Italy, France, Germany and Russia. Below is a graph of Cuba trade to date, as of Tuesday, April 14, 2015. (From www.tradingeconomics.com )

The following is also worthy of notation:

It’s a long road ahead for President Obama to deliver as the U.S. economic embargo, which has blocked nearly all trade between the two nations for the last six decades, is firmly in place, and Cuba’s human rights record will make this a tough one to swing the door open fully.

“Let’s not fool ourselves. We have a lot of differences,” said Castro, 83, an enemy of the United States for most of his life. “We’re willing to talk about everything with patience, with a lot of patience,” added the army general and younger brother of revolutionary leader Fidel Castro.

Restoring diplomatic relations is easy enough, requiring little more than the presidents’ agreement, but normalizing overall relations is not so much that proverbial “slow boat to China”…..but instead, that “slow boat to the U.S. Cuba, as a communist country, is very slow to move regarding any type of progressive innovation toward improving the economy as control over the population is paramount. Cuba has shown no signs that it is willing to allow wider political rights. The government dismisses dissidents as mercenaries, moves quickly to stifle dissent, and Castro has made clear he does not intend to allow any relaxation of Communist Party rule.

Even with all of the negativity still looming large in the negotiations, we see light at the end of the tunnel.

With Cuba now off the terror sponsor list, for many, the doors are “almost” wide open, for both countries to pursue trade and conduct “normal business transactions” in the 20th century. Some never thought this day would come…so….be optimistic about the rest…..:-)

And now……..Congress takes a look.