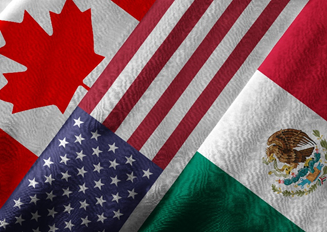 During the presidential campaign, U.S. President elect Donald Trump repeatedly announced his low regard for a few select trade agreements, and specifically stated that he was going to renegotiate NAFTA, and if he did not get the deal he wanted, he’d withdraw from the treaty and start all over in order to attain a much better deal. He also mentioned that one of his main goals was that jobs would remain in the U.S. and would not be moved south of the Texas border, and stated that those U.S. companies investing in Mexico would be forced to pay additional import duties on products manufactured there.

These statements brought a lot of uncertainty to the entire business industry in Mexico and to those U.S. entities having some interest there. This relates specifically to Carrier, a world leader in high-technology heating, air conditioning and refrigeration solutions.  Carrier announced it would not move its manufacturing of gas furnaces as previously planned from Indianapolis to a facility in Mexico due to incentives offered by President Trump and VP Pence.

However Carrier Mexico, through its official Facebook page, posted information where Hector Carrillo, Mayor from the City of Santa Catarina, N.L. (Carrier’s newest plant location), announced that Carrier would continue with its plans to create 1,100 jobs in Mexico. During a press conference, he also indicated that the local government had not received any communication or notification from Carrier stating that its operations in Mexico were being cancelled.  In fact, he referred to the planning and city-involved urban development process as being ongoing.  In addition, he further stated that the manufacturing facility was already in place and just needed the production line implemented.  Per the original plan, Carrier operations would be inaugurated sometime March or April of 2017.

A few days later, Chuck Jones, President of the United Steelworkers Union and who is representing Carrier workers, said when they were informed about the closing of the Indianapolis facility, he and his team worked tirelessly to keep Carrier in their city. They came up with $23 million in savings, but Carrier claimed that wasn’t enough.  The fact remains, Carrier could save $65 million by moving their manufacturing facility to Mexico.  Obviously, it could not match that dollar amount unless the local workers were willing to cut wages to $5/hour as well as doing away with all benefits.  Not in America.  Jones was nervous when Trump could not provide any details on the deal.  He urged caution.  Upon meeting with Carrier’s officials, Jones concluded that Trump’s 1,100 jobs number was wrong and that the workers had been mislead.

If the above comments and publications are confirmed, then the deal offered by Trump to keep Carrier’s jobs in the U.S. may never happen. Consequently, renegotiations, adjustments, modifications and/or cancellation to NAFTA may never happen.  Nothing is certain. As of today, NAFTA or even the Trans-Pacific Agreement (TPP) is unclear.

Regardless of whether or not NAFTA stays, there will always be parties which are impacted, either positively or negatively. I am not talking about environmental, intellectual property, immigration issues, or those companies that depend on international trade to reduce cost, but a real concern that Mexican workers may have to resign themselves to a serious pay cut from $5 USD an hour to a measly $5 USD per day; and that, by anyone’s standard, is not enough to live.