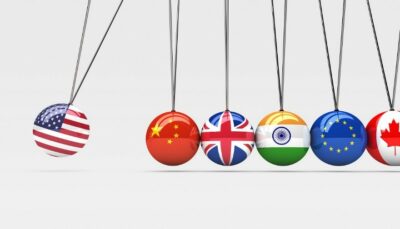 As we bring another year in trade to a close obviously the main question one could ask is, will China and the U.S. be able to follow through in 2020 now that Phase 1 has been agreed upon just in time for Christmas. In Phase 1 China has agreed to make changes to their economic and trade philosophies in the areas of “intellectual property, technology transfer, agriculture, financial services, and currency and foreign exchange.” This agreement also requires China to make “substantial additional purchases of U.S. goods and services as well as establishing a strong dispute resolution system. In return, the U.S. is required to modify its Section 301 tariff actions.

After the deal was announced, in the true spirit of the holiday season, U.S. Customs and Border Protection (CBP) released a message stating that List 2 duties covered by the $300 billion tariff action have been suspended indefinitely and will not go into effect. (Originally scheduled for December 15, 2019)

It looks like there is hope in 2020 that the super-powers can align themselves with resolutions in discussions, it’s just the follow-through that needs to come to fruition to keep these little milestones in place. Consider this, it wasn’t that long ago (a couple weeks) that China was absolutely enraged that President Trump signed the Hong Kong human rights bill, which could have potentially killed the discussions for the holidays. I would like to think that they may have all just lightened up a little and put something special in their eggnog, otherwise there was no chance, even with the gift giving holiday spirit abound that an agreement on any level will be reached before Christmas.  Even President Trump had recently stated that he is willing to wait it out during the upcoming election in 2020, and of course once again stocks took a plunge.

In other trade holiday spirit and spats:

The list goes on. Wow, why can’t we all just get along and trade fairly, and fairly quickly. With all of the global turmoil, will it be possible to move forward with effective trade negotiations based on sound economic policies rather than politics?

Politics and trade, they go together like soup and sandwich. As previously mentioned, if you are too busy and have been ignoring the news completely, (or simply needed a break from all the negativity) take note, as the rest of us were watching the students continued protest in Hong Kong. In light of this, the House passed a pro-Hong Kong rights bill recently, throwing a grenade into the trade talks with Washington and Beijing as President Trump has put his signature to the bill. As retaliation, this just in from Beijing: “In response to the unreasonable behavior of the U.S., the Chinese government has decided to suspend reviewing the applications for U.S. warships to go to Hong Kong for (rest and) recuperation as of today,” foreign ministry spokeswoman Hua Chunying said at a regular press briefing. The U.S. response: There are many other ports for rest and relaxation besides Hong Kong. My response: At least it wasn’t retaliatory tariffs. Yes, China is really upset, but will that totally derail the trade talks? Maybe. There is a softening Chinese economy and that could be motivation, but Beijing has proclaimed that it is in this trade war for the long haul.

Regardless, it seems like the trade talks with Beijing kept getting sidelined for one reason or another, so inevitably the tariff war was going to get dragged into the 2020 election year. (Phase 1 implemented or not) In the meantime, affected countries do their best to cope, as well as adapt, in various ways to maintain stability. If one was to look at what is in fact “stable” in the world of trade for 2020, where would you look? Where in the world is the most potential for expansion without all of the animosity?

I personally like the recent comment via J. P. Morgan where they highlighted two countries to outperform in 2020.  South Korea, and India. (I covered India in a previous article this year) Although South Korea has shown year-to-year moderate growth in exports, they have my vote too for posting some healthy trade statistics in 2020. Currently, South Korea has a world exporter rank of 4, and importer rank of 8, and a trade balance rank of 4.  The top export destinations are of course the U.S. and China ranking #1 and #2, followed by Vietnam and Hong Kong. The top import origins are China, Japan, and the U.S., in that order. South Korea’s top industries are Electronics; Telecommunications; Automobile Production; Chemicals. What is most noticeable in taking a glimpse at the growth in GDP is that it has absolutely soared since 2014.

According to the U.S. Commercial Services South Korea promo: The Republic of Korea (ROK) is a promising country for U.S. companies to conduct business.  South Korea’s Gross Domestic Product (GDP) is currently valued at $2.09 trillion, ranking 11th in the world and third in East Asia.  As Korea’s long-established strength in the shipbuilding, steel, and petrochemical industries has begun to wane in recent years, the country’s leaders are looking towards other more technology-intensive industries to drive growth.  Such industries include healthcare (medical devices, pharmaceuticals, and biotechnology), industrial chemicals, information technology (IT) components, semi-conductor manufacturing, aerospace and defense, energy, environmental technology, and transportation.

U.S. companies are currently identifying opportunities in these growing industries and have begun partnering with local Korean companies to expand market opportunities to third-country markets including ASEAN, the Middle East, and other markets of the Asia-Pacific.

Below is the top (8) trading partners with the U.S. to date (as reported by the U.S. Census):

Popular opinion is that the technology sector is going to be the driving force, as South Korea is one of the most advanced places on the planet. Since 2014, South Korea has been named the world’s most innovative country by the Bloomberg Innovation Index for 6 consecutive years. When taking a look at the top 3 most technologically advanced countries, you’ll see the U.S., Japan, and South Korea. Think of blazing internet speed (fastest in the world) and savvy “digitized” consumers…not to mention it being world headquarters to tech giants like Samsung.

Many economists mention the fact that several of South Korea’s exports are at the beginning of the global supply chain, and therefore use the country’s trade data as a barometer for the outlook for global trade ahead. (Much like Rudolph’s nose guiding Santa’s sleigh).

Global trade and 2020, it will be interesting to say the least.

In closing, and this has absolutely nothing to do with trade, when taking a look at South Korea, one should also take a look at the culture, and how it has become trend setting in many ways, and brimming with talent, both intellectual, and with the arts. An example of the arts: Alien Dance Studio, a group of some of the most phenomenal dancers on the planet. Having a bad day with trade compliance? Let these girls from South Korea take your mind off it, for at least 4 minutes…enjoy: https://www.youtube.com/watch?v=sdhKD9ULbKQ