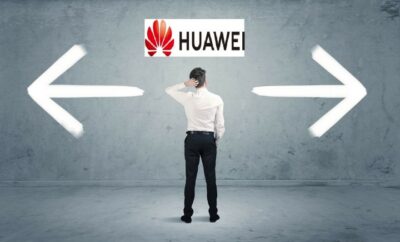 The Bureau of Industry & Security (BIS) of the Department of Commerce announced that it was adding Huawei Technologies Co., Ltd. to the Entity List on May 16, 2019.  Not just this Huawei company in China, but also 68 non-US affiliates of Huawei located in 26 countries.  According to the announcement this action was taken because “there is reasonable cause to believe that Huawei has been involved in activities contrary to the national security or foreign policy interests of the United States.”

The Entity List is found in Supplement 4 to Part 744 of the Export Administration Regulations (EAR).  The significance of the Entity List is that all exports to companies on this list are controlled for export from the US.  This includes EAR99 commodities.  A BIS-approved export license is required to export, re-export or transfer an article to a company on the Entity List.

Example:  Acme Toy Company in the US wants to export toy dolls to one of the Huawei companies on the Entity List to be used for gifts to its employees.  Acme would need to establish a SNAP-R account with BIS and apply for an export license to ship the dolls to Huawei.  There is a good chance the license application would be denied.

US exporters need to be very careful about this.  Note, the Entity List update includes more than 68 Huawei companies in 26 countries.  Thus, even if the US company is not exporting to Huawei in China, the planned export may still fall under Entity List restrictions.  An additional note, the Entity List also applies to re-exports.  For example, if a US company exports to Company “A” in Singapore with knowledge that Company “A” will re-export the articles to Huawei in China, the export would be subject to Entity List rules.

US companies are cautioned that when screening their exports against the denied/debarred and SDN lists they should also screen against the Entity List.  That list contains hundreds of companies in many countries.  BIS can, and has, brought major penalty cases against companies violating the Entity List rules.

In recognition that this action against Huawei may be harmful to some US business, BIS published a notice in the Federal Register on May 22, 2019 announcing a temporary general license for certain exports to Huawei and its affiliates on the Entity List.  This temporary general license is effective from May 20 to August 19, 2019 and applies only to certain exports to the Huawei companies.  What it does in effect is suspend the Entity List requirements for exports to the Huawei companies for that period of time.  During this period the regular export control requirements would still apply.  So, if the articles to be exported would ordinarily require an export license, or license exception because of their ECCN classification, the exporter would need to comply with those requirements.

Now – here is where exporters need to be careful.  The temporary general license does not apply to all exports to Huawei companies, but only to certain transactions.  These include:

Continued Operation of Existing Networks and Equipment.  This includes exports “necessary to maintain and support existing and currently fully operational networks and equipment, including software updates and patches, subject to legally binding contracts and agreements.”

Support to Existing Handsets.  This includes exports to service and support existing Huawei handsets that were available to the public on or before May 16, 2019.  It also includes software updates and patches to those handsets,

Cybersecurity Research and Vulnerability.  This includes providing information regarding security vulnerabilities in items owned, possessed, or controlled by Huawei “when related to the process of providing ongoing security research critical to maintaining the integrity and reliability of existing and currently fully operational networks and equipment, as well as handsets.”

If an export does not fall within one of these four categories, the regular Entity List requirements will apply.  If an exporter is claiming that its exports are covered by the temporary general license it should be prepared to prove it.

As already mentioned, the temporary general license expires on Aug. 19, 2019.  After that date all exports to the listed Huawei companies will be subject to Entity List requirements.

The trade war with China continues to go on and the Huawei sanctions are just part of it.