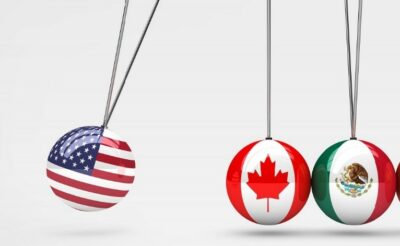 Many are wondering whether the updated NAFTA is going to make it. By make it, of course, we mean ratification of the agreement so that it may replace NAFTA. More and more, it seems that the “United States-Mexico-Canada Agreement” is a misnomer because the only agreement we are seeing is that there are still kinks to work out. Granted, the President recently tweeted that he will not follow-through on the tariffs regarding the border/immigration issue with Mexico, but there are various other issues to consider that should be the focus of negotiations.

August 30, 2018 – Congress received the notification of U.S. intent to enter into a bilateral trade deal with Mexico.

September 30, 2018 – Canada joined the agreement with the U.S. and Mexico after long negotiations.

May 17, 2019 – President Trump lifts Section 232 Aluminum and Steel tariffs on Canada and Mexico.

May 30, 2019 – President Trump announces 5% tariffs on all Mexican imports, with a planned gradual increase to 25%.

Present – The proposed USMCA is awaiting Congressional ratification but has not been introduced for vote.

A key roadblock to ratification is the lack of an enforcement provision. The Speaker of the House, Nancy Pelosi, has been quoted saying that the agreement, as it now stands, does not offer enforcement accountability for some of the measures outlined, e.g. labor and environment provisions.

Another sticking point for Canada and Mexico was the Section 232 Steel and Aluminum tariffs. Although that hurdle has been jumped with the lifting of these tariffs on Canada and Mexico, new hurdles seem to be popping up with each new day. For instance, the threatened tariffs on ALL Mexican imports that President Trump recently rescinded (and hopefully for good).

The Congressional Research Service has also identified the following roadblocks to ratification:

According to some officials, the text of the USMCA is not open to renegotiation, meaning that these kinks would have to be worked out as add-ons. The trade policy climate isn’t exactly poised to accept a deal that doesn’t give everyone what they want, either. Mexico’s current administration can be considered not as trade gung-ho as the recently exited administration, and the U.S. administration is about to switch gears to focus on another election.

The USMCA passage play not only implicates the North American steel and aluminum industry. In fact, it may be affecting the tomato industry. The recent withdrawal from the 2013 Suspension Agreement on the ITC’s investigation into tomatoes from Mexico may have been the Trump Administration’s way of winning USMCA support from the pro-domestic tomato-leaning officials in Congress. Should the bill be introduced any time soon, Trump will likely need all the support he can get, so this might not be the last product-specific trade development we see.