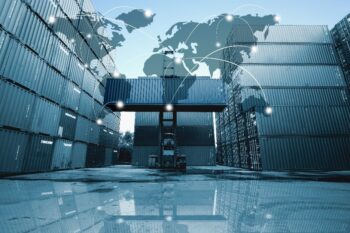 Let’s say you have been asked on short notice to classify for export control purposes a military aircraft component formerly subject to controls under the International Traffic in Arms Regulations (ITAR). The U.S. Munitions List category in which you would have previously classified it has been re-written through the Export Control Reform process. It was so easy before! If the component was made or modified for a military aircraft you classified it in Category VIII, and the classification process was done.

You then open the book to Category VIII and read the revised language. It now contains extensive detail with technical descriptions of the controlled aircraft and sub-assemblies. To classify a part or component you need to know what type of aircraft it is used on and whether it is “specially designed.” If not classified in Category VIII, you must consult the Export Administration Regulations (EAR) and Category 9A610. You knew the EAR existed but didn’t have to deal with it before. Things have changed. So…what do you do?

Classification in the ITAR and EAR is something you have to get right. Doing it the “old way” is no longer acceptable. Fortunately, the websites of the Directorate of Defense Trade Controls (DDTC), which administers the ITAR, and the Bureau of Industry & Security (BIS), which administers the EAR, contain some useful tools to assist in the classification process. These tools are, of course, free to the public.

Go to the DDTC site: www.pmddtc.state.gov. Look on the left side menu for “Export Control Reform” and click on the link to take you to the ECR page. Scroll down the page to find “Decision Tools.”   There you will find a couple of very useful items – Order of Review and Specially Designed.

The Order of Review tool is based on the revised order of review in Part 121.1 of the ITAR. It walks you through a series of questions in order to determine the jurisdiction of an article. The tool asks you to match the functions and characteristics of the article with a full list of the different categories in the USML.   Based on your response, it will take you to the current text of the USML category or the pending or approved category language. Also based on your response, it will indicate the possible USML category for the article, or tell you that it is not subject to the ITAR, or to submit a Commodity Jurisdiction Determination request. Thus the tool will either indicate how the article is classified or where to go next.

The “specially designed” tool is not exclusive to DDTC. There is a very similar tool available at the BIS web site (www.bis.doc.gov).

The “specially designed” tool guides you step-by-step through the “catch and release” process associated with “specially designed.” First it determines whether the article is “caught” by the general descriptive language in the ITAR – whether “as a result of development, it has properties peculiarly responsible for achieving or exceeding the controlled performance levels, characteristics, or functions described in the relevant U.S. Munitions List paragraph.”

That is pretty broad language. Next the tool will determine whether the article is “released” by the exclusionary language that is part of the “specially designed” definition. (See Part 120.41 in the revised ITAR for the full definition.)

If, by use of the tool, it is determined that the article does not meet the ITAR “specially designed” definition, a simple click will take you to the CCL order of review tool at the BIS site (www.bis.doc.gov) which will assist you with classification in those regulations. You can also click on “Summary” to get a printable list of your responses to the decision tool.

One final note about using these tools: If you are contemplating submitting an Advisory Opinion or Commodity Jurisdiction request, you should first use these tools to see if they take care of the issue. If they do not, print a hard copy summary of what you input and how you responded, and submit these as part of the request. The U.S. Government regulators will be grateful that you used the tools and will find your results helpful.

So log in, go to the sites, and use the online tools. The price is right – no charge!