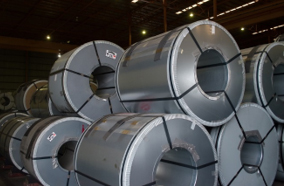 Begun in April of 2017, President Trump directed the Department of Commerce to initiate the investigations under the powers granted under the Trade Expansion Act of 1962 (19 U.S.C. § 1862).  Under the requests the President cited distorted markets; both in the U.S. and globally, for steel and aluminum products caused by large volumes of excess capacity from foreign government subsidies and other unfair practices, and that efforts to work with other countries to reduce excess global overcapacity have not succeeded.

These actions follow, and are in addition to, numerous antidumping and countervailing duty actions successfully brought by U.S. domestic manufactures of steel and aluminum products covering nearly every type of steel product, and many types of aluminum products, exported from specific foreign countries.

The Section 232 investigations include consideration of:

Potential remedies would be designed to “adjust” the importation of article so that such imports would no longer threaten to impair national security.  Under Section 232, the President has broad power to impose trade remedies such as tariffs and quotas, or possibly a combination of these.  Such a combination, referred to as a tariff-rate quota, permits imports of a given commodity at a set tariff rate until an initial quota threshold is reached.  After this point the associated tariff rate is increased for imports of the commodity that exceed the first quota level.   In addition to the type of remedy to be imposed, the President must also specify the duration of the remedy being instituted.

As President Trump has made it clear that his administration would seek to revitalize America’s industrial base and re-balance America’s trade relationships, it appears highly likely that the Department of Commerce’s findings will yield recommendations that include import restrictions on a wide variety of steel and aluminum products.  The question then becomes, what specific products will be targeted, and what will be the extent of the restrictions.

Lastly, under Section 232 the President must implement any action no later than 15 days following a determination to take action, therefore both U.S. producers and importers alike can expect to learn the final results of the investigation and the President’s decision no later than April 26, 2018.