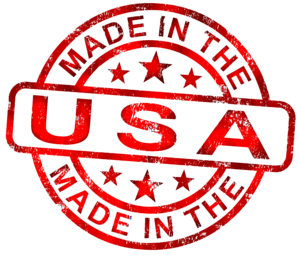 Both the Federal Trade Commission (FTC) and the U.S. Customs and Border Protection (CBP) have regulatory authority related to the use of country-of-origin claims. While CBP regulates marking requirements related to foreign-origin markings on imported products (e.g., “Made in China”), the FTC regulates claims of U.S. origin such as “Made in USA” under its general authority to act against deceptive acts and practices.

There are significant differences in the compliance requirements and levels of enforcement between the two sets of marking regimes. One important distinction is that CBP marking rules are mandatory, and require that every article of foreign origin, or its container, imported into the United States be marked in order to indicate the country of origin of the article. There is no requirement however that articles of U.S. origin be marked to indicate their U.S. origin. Therefore marking an article, or its container “made in USA” or making similar claims related to a product including “USA”, “product of USA”, or placing symbols that would indicate U.S. origin, such as the depiction of an American flag, are voluntary, and are most often done for advertising or promotional purposes.

Furthermore, the FTC requirements go beyond marking of the product itself, or its container, but extend to the use of “Made in USA” claims or their deemed equivalents in advertising materials, brochures, and web sites.   FTC requirements provide that in order for products to be advertised as “Made in the USA” they must meet a very strict standard established that “all or virtually all” of the production and content be of U.S. origin. The FTC’s guidelines provide that a product that is “all or virtually all” made in the United States will ordinarily be one in which all significant parts and processing that go into the product are of U.S. origin. In other words, where a product is labeled or otherwise advertised with an unqualified “Made in USA” claim, it should contain only a de minimis, or negligible, amount of foreign content.

The FTC has not provided a specific definition of what constitutes “negligible” or “de minimis” foreign content however. There is no set percentage of foreign content below which would constitute a de minimis amount, and the FTC acknowledges that there is no “bright line” to establish when a product is, or is not, all or virtually all made in the United States. Instead, the FTC has provided written enforcement guidelines that set forth factors they consider when ascertaining the validity of a claim such as whether the item has been substantially transformed in the U.S. (using the CBP definition), the percentage of total manufacturing costs that are attributable to U.S. costs (i.e., U.S. parts and processing), and the remoteness of foreign content – i.e., how far back in the manufacturing process was the foreign content incorporated. The FTC evaluates these factors on a case-by-case basis, however, historically they have consistently interpreted the standard strictly.

Therefore, a company that includes “Made in USA”, or a deemed equivalent statement on its products marking or labeling, or makes similar claims in its advertising materials, must make sure that it can meet the strict FTC standard. If there is more than a small amount of non-U.S. content in the product or article the seller should not make “Made in USA” claims, or should explore the possible use of “qualified” claims such as “Assembled in USA” or “Designed in the USA”. The FTC has also set forth guidance on the use of qualified claims with the requirements designed to assure that all qualified claims are truthful and do not otherwise serve to mislead the consumer as the U.S. origin of the products.

While the FTC is charged with the enforcement of the “Made in USA” standard, and has used this authority in several high profile enforcement actions, sellers and manufacturers making “Made in USA” claims can also face scrutiny and liability under other legal theories.

In many cases complaints concerning false or misleading qualified or unqualified “Made in USA” claims originate from competitors who believe they are being harmed by the use of the claims. Frequently, a competitor will threaten to notify the FTC of conduct violating FTC requirements, as well as threaten action under other laws such as the federal Lanham Act. Under the Lanham Act, which is a federal statute that prohibits unfair competition due to false advertising or labeling, a competitor can bring a civil suit to enjoin the use of false or misleading claims, including “Made in USA” claims. Also, plaintiffs can obtain monetary damages and attorneys’ fees in cases involving willful conduct where damages due to the false claims can be proven. In addition, many states have statutes similar to the Lanham act that can be used to bring suit to enjoin false claims in advertising, including false or misleading “Made in USA” claims.

For these reasons, producers and sellers of products that bear “Made in USA,” or similar claims, must be sure that they can support, and if necessary, defend the use of these claims under FTC and other unfair competition laws. Should you be contacted by a competitor’s lawyer claiming improper use of “Made in USA” claims, or conversely, if you believe a competitor might be improperly making claims of U.S. origin in its product labeling or advertising materials, and it is harming your business, it is suggested you contact an experienced attorney that can help to protect your rights, or otherwise assist you in resolving the matter under the most favorable terms.