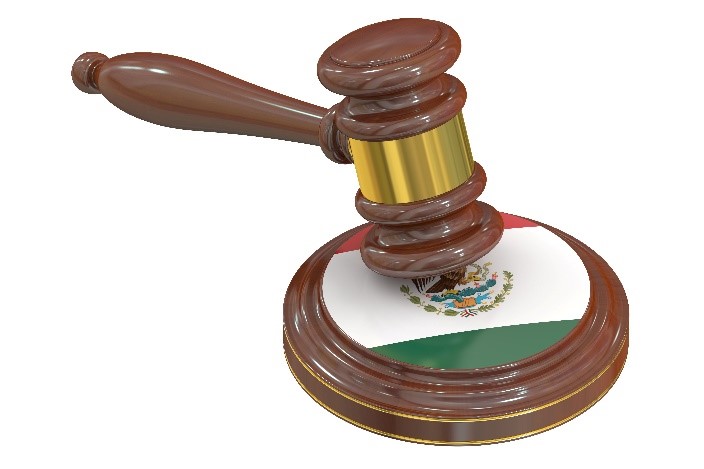 To understand a little bit more of this situation, here is some background.  Mexico signed the North American Free Trade Agreement (NAFTA) on November 22, 1993, which became effective on January 1, 1994.  This agreement allowed Mexico, Canada, and the United States trade of goods to flow among the three countries with customs preferential treatment and reduced import duties on the products originating within the countries.  During more than 24 years, business and trade among the NAFTA members represented one of the largest and fastest trade growing regions in the world.

Nonetheless, while campaigning, and since being elected President, Donald Trump has frequently referred to NAFTA as “the worst trade deal ever”, and stated that Mexico was taking advantage of the U.S. and has threatened, on more than one occasion, that the U.S. would withdraw from NAFTA.

The withdrawal from NAFTA of course did not take place, but instead, in late 2017, the NAFTA negotiation process began.  During the negotiations in the beginning, although somewhat stalled, everything seemed to be developing and advancing somewhat normally.  However, on May 31, 2018, Mexico woke up with the news that the U.S. had imposed higher import duties on Mexican steel and aluminum to be imported into the U.S.

Generally, Chapter VIII of the NAFTA treaty, sets forth that a member country has the right to implement emergency actions (i.e. increase duties on import) when substantial injuries or threats to its domestic industry is occurring due to reduced duties or customs preferential treatments produced among and between the member countries.  Accordingly, member countries should not impose any emergency action against any other member country prior to delivering a written notice of, and a request for, consultations regarding, the institution of a proceeding that could result in an emergency action.  In a scenario such as this one, NAFTA Article 802, Paragraph 6, states that the member country affected by such action, has the right to implement a subsequent action with a substantial equivalent trade effect or equivalent to the value expected to result from such emergency action.  It took great forethought that the NAFTA treaty includes a specific procedure for a scenario like this one.

The above is also supported by Article XIX of the General Agreement on Tariffs and Trade, as well as Annex 1A to the Multilateral Agreements on Trade in Goods of the Marrakesh Declaration, establishing the World Trade Organization (which serves as an umbrella agreement).

Regardless, the U.S., without following the proper procedure, implemented Proclamations 9704 and 9705 against Mexico.

The general rule is that the Mexico decree is only for goods imported into Mexico under the “importation definitiva” customs regime, or as it may be referred to as an importation for consumption – when the imported goods stay in Mexico permanently.  Thus, imports by IMMEX/maquilas, Recintos Fiscalizados Estrategicos, or other Mexican bonded warehouse, may not be affected by this decree when they return or export, within the statutory time, the temporarily U.S. imported goods abroad.  However, each company must analyze each of its tariff codes on a case-by-case scenario.

Also, in an attempt to prevent an adverse impact on the supply chain, and maintain competitiveness in the most sensitive industry sectors such as electric, electronic, automotive and auto parts, Mexico also amended its decree to promote industry sectors by including several related tariff codes.

Depending the tariff code, these actions remain effective and in force starting June 6, 2018 or July 5, 2018, until January 31, 2019, or when the Mexico government determines that the U.S. has cancelled its increased import duties on steel and aluminum originating in Mexico, which are referred to in U.S. Proclamations 9704 and 9705.

The U.S. is the largest steel importer worldwide.  However, the U.S. increased the import duties against Mexican originating steel and aluminum, as well as goods originating in other countries.

If your company exports or imports any goods that may be classified under the above-mentioned codes, and you have questions about how these trade measures may impact your business, please do not hesitate to contact us.