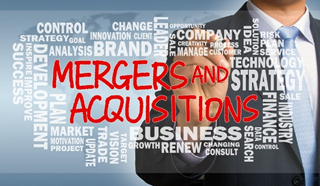 If Acme will be merged into The Giant Corporation and cease to exist as a separate corporation, its existing power of attorney is no longer needed.  There is no formal method in the Customs Regulations to terminate a power of attorney.  A suggested approach is that before the acquisition becomes final a corporate officer of Acme should sign a letter and send it to the customs broker advising that the power of attorney is terminated.

It is a prudent business practice to have a contract or purchase order with the customs broker.  Depending on what happens above, the contracts or purchase orders may need to be amended or terminated.

If Acme will become a separately incorporated subsidiary of The Giant Corporation, it can continue its membership in C-TPAT, ISA and ACE Portal.  CBP should be notified of the change in ownership.  Acme should note this on its C-TPAT portal.  The annual report letter required for ISA will need to include a description of the acquisition by The Giant Corporation and impact that may have on its internal controls.

Of course, if The Giant Corporation participates in these programs, it can add Acme Corporation to its existing memberships.

If Acme will be merged into The Giant Corporation and be dissolved, it may actually get more complicated.  Acme’s memberships in C-TPAT and ISA would need to be terminated.  There would no longer be a need for its own ACE Portal – although Acme (or Giant) may want to keep that going for a while to continue getting reports on any clearances that may occur in its name.

There is nothing specific in the Customs Regulations to cover this situation.  A recommendation is that before the acquisition becomes final a corporate officer of Acme Corporation should execute a right to make an entry letter addressed to ocean carriers, airlines, breakbulk agents, etc. advising that (new name or The Giant Corporation) is authorized to make entry on shipments addressed to Acme Corporation.  It can go on to state that the documents should be turned over to (name of customs broker) for clearance.

Now – Isn’t this fun!  There are other things to do but this is plenty for now.