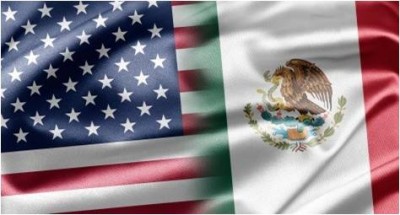 The trade of goods and services between the United States and Mexico is an essential component of both countries’ economies. As of 2011, the trade of goods and services with Mexico totaled $500 billion. Mexico was the second largest market for exports of U.S. goods, and the third largest supplier of goods imported into the U.S. However, as the amount of trade between nations increases, so too does the importance of protecting the supply chains leading into a country.

The U.S. Customs Trade Partnership Against Terrorism (C-TPAT) program is a voluntary supply chain security program implemented by U.S. Customs and Border Protection (CBP) that provides incentives for qualified participants who have demonstrated an adequate level of security in their global supply chains. Nations across the world have supply chain security programs, called “Authorized Economic Operator” (AEO) programs, which conform to the World Customs Organization’s (WCO) Framework of Standards to Secure and Facilitate global trade (SAFE).

Mexico also maintains an AEO program called “NEEC” or Nuevo Esquema de Empresas Certificadas, which literally translates to “New Scheme for Certified Companies.” Benefits under C-TPAT and NEEC are generally similar, including exclusive lane tracks, expedited Customs clearance, simplified administrative procedures, and reduction of waiting times. A company must be a registered NEEC participant to receive the benefits in Mexico, and a company must be a qualified C-TPAT participant to receive these benefits in the U.S. Due to the number of U.S. and Mexican companies that maintain operations in their respective foreign counterpart’s territory, many U.S. and Mexican companies are duplicating efforts under the C-TPAT and NEEC inspection or validation requirements.

On January 17, 2013, CBP and Mexico’s Tax Administration Service (SAT) signed a Joint Work Plan that forges a path to a Mutual Recognition Agreement (MRA) between C-TPAT and the NEEC program. Mutual Recognition Agreements provide for a company enrolled in one program to receive reciprocal benefits under the other, reducing administrative burdens and costs. The Joint Work Plan is expected to be implemented in two years.

The implementation of a MRA between the U.S. and Mexico will mark the U.S.’s eighth MRA. Currently, the U.S. maintains MRA agreements with New Zealand, Canada, Jordan, Japan, South Korea, the European Union, and Taiwan, which was signed in late 2012. The U.S. is also investigating potential agreements with Israel, China, Switzerland and Singapore. Plans for the U.S. – Mexico MRA follow a worldwide trend in strengthening international supply chains and negotiating reciprocal benefits through MRAs with other nations. Many other countries have implemented AEO MRA programs, such as Japan – New Zealand, EU – Norway, Canada – Japan, Singapore – EU, and Japan – Singapore.

While the U.S. C-TPAT program is limited to import supply chains, many other nations have implemented AEO programs that also include export supply chains. South Korea and Japan, for example, maintain rigorous AEO programs under which both importers and exporters can qualify. Many African and Latin American countries are in the process of developing first-time AEO programs in line with the WCO’s SAFE Framework, and hope to eventually benefit from MRAs with other nations as well.

As trade facilitation opportunities continue to develop, such as a contemplated U.S. – EU Free Trade Agreement, and existing programs are expanded on, such as the potential C-TPAT exporters program, companies involved in international trade should pay close attention to these developments to ensure that they remain aware of any beneficial opportunities.