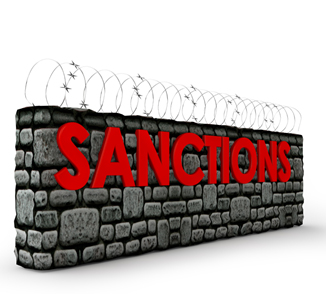 On August 2, 2017, President Trump signed H.R. 3364, the Countering America’s Adversaries Through Sanctions Act (“CAATSA”) into law.  The CAATSA imposes additional sanctions on Russia, Iran and North Korea.  In creating enhanced sanctions under the CAATSA, Congress also issued additional implementation requirements and corresponding deadlines for the State Department and the Treasury Department.  These obligations mandate that the agencies identify prospective sanction targets, issue more detailed guidance on the details of sanction enforcement, and observe deadlines for reporting on the progress of the CAATSA’s implementation.  Companies should familiarize themselves with the CAATSA and how its adoption will influence their compliance programs and supply chains.

The CAATSA modifies U.S. sanction policy toward Russia by codifying executive orders already in place and mandating that changes to these existing sanctions only be approved through a congressional review process. However, the CAATSA goes further by tightening existing Russian sectoral sanctions and authorizing new secondary sanctions to target non-U.S. persons engaged in prohibited commercial activities with Russia.

Under the CAATSA’s amended sectoral sanction framework, the Secretary of the Treasury is instructed to narrow the scope of permissible debt transactions between U.S. persons and Russian entities.  Specifically, the CAATSA:

More recently, on October 31, 2017, the Treasury Department released further guidance on the implementation of Directive 4.  In its statement, the Office of Foreign Assets Control (OFAC) signaled that the new global restrictions will not apply to transactions before January 29, 2018.  Further, OFAC also clarified that the prohibition under Directive 4 does not apply to the provision of financial services.

Under the CAATSA’s Iran provisions, Congress broadened U.S. sanctions against Iran’s Islamic Revolutionary Guard Corps (“IRGC”) as well as foreign persons that are officials, agents, or affiliates of the IRGC.  These new measures extend existing sanctions already imposed against the IRGC for its involvement as a proliferator of weapons of mass destruction and for its participation in terrorism-related activities.

In implementing this provision of the CAATSA, on October 31, 2017, OFAC amended the Global Terrorism Sanctions Regulations to block the property and interests in property of foreign persons that have been identified by OFAC as officials, agents, or affiliates of the IRGC.  In addition, the CAATSA restricts the President’s ability to remove these sanctioned persons from the Iranian sanctions lists.

This final bullet refers to the CAATSA’s amending of the North Korea Sanctions and Policy Enhancement Act of 2016 through the addition of Section 302A.  Section 302A creates a default presumption that all goods made with North Korean labor involve the use of forced labor.  As such, any goods produced or manufactured using North Korean labor will be considered the product of forced or indentured labor, and denied entry into the United States.

In addition, since the CAATSA’s passage, U.S. Customs and Border Protection (CBP) has begun contacting importers to inquire about their supply chains and the sufficiency of their due diligence programs through CBP Form 28, Requests for Information.Accordingly, CAATSA’s broadening of the definition of forced labor creates additional pressure to scrutinize supply chains to ensure compliance with the expansive definition of North Korean labor.  Moving forward, compliant companies may need to revisit their supplier production records, as well as other documentation to verify their conformance with CAATSA.

Under CAATSA, the Secretary of the Treasury, coordinating with the Director of National Intelligence and Secretary of State, were given 180 days from August 2, 2017 to identify senior Russian political operatives and oligarchs, as well as the potential economic implications of further U.S. sanctioning of these individuals.  In accordance with this mandate, in January of 2018, the administration released its report identifying 114 senior political figures within the Russian Presidential Administration, the Russian Cabinet, and various administrative agencies and state-run enterprises.  The report also flagged 96 influential Russian oligarchs.  While the individuals named on the released list could potentially serve as targets for future U.S. sanctions, the report itself does not create new sanctions on the named Russian individuals.

Moreover, also in January of 2018, the State Department issued further clarification on the potential imposition of additional sanctions under Section 231 of the CAATSA.  Section 231 allows for the sanctioning of persons engaged in “significant” transactions with the Russian defense and intelligence industry.  The State Department has chosen not to issue further sanctions on these transactions yet, as officials report that sales of defense and intelligence-related products have decreased significantly under the threat of future sanctioning.  However, because this position could change, companies should continue monitoring official State Department updates to ensure their transactions remain complaint under CAATSA.