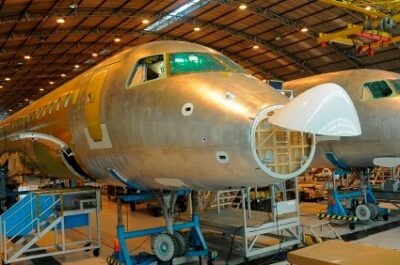 In a Federal Register Notice dated April 12, 2019, the Office of the US Trade Representative (USTR) announced the initiation of an investigation into European Union (EU) subsidies of large aircraft.  The notice also contained a list of European origin aircraft and other products targeted for potential additional duties.  There was also a request for public comments and announcement of a public hearing on the issue.

This proposed action grows out of a complaint filed with the World Trade Organization (WTO) alleging that Airbus had received subsidies from European states for production and sale of its aircraft. This issue dates to 2004 and has gone back and forth over several years.  The position of the USTR is that the EU and certain member States have denied U.S. rights under the WTO Agreement and have failed to implement WTO Dispute Settlement Body recommendations.  This issue, and its final resolution, now lie with the WTO Arbitrator, and it is expected that the Arbitrator will issue its report on countermeasures later this year.

In anticipation of the WTO report, the USTR has initiated an investigation under Section 301 and has proposed special duties on products of the EU or certain EU countries.  These countries are likely France, Germany, Spain and United Kingdom (pending Brexit).

As you would expect, the proposed duties affect imports of commercial aircraft and helicopters under the following HTS classifications:

The amount of the proposed duties has not been announced.  The USTR seems to like the numbers of 10% and 25%, so maybe one of these will apply.

Included in the Federal Register notice is not only the above list of HTS classifications potentially affected by this action, but also a list of over 300 other HTS classifications of EU products that could also be subject to special duties as a result of this investigation.  The list includes such items as cheese, olive oil, seafood, wine, brandy, champagne, textiles, ceramics, metal products, tableware, tools, motorcycles, clocks, and other products.  If this goes through, all affected products will receive a special Chapter 99 classification and duty rate.  It is possible that the special duties would be imposed on affected products of all EU countries, or just the four primary countries – or maybe a combination of these (special duties on the Chapter 88 products of the four countries and special duties on the 300+ list of HTS numbers for products of all EU countries).

As of this writing, the public hearing has already taken place; thus, the outcome (if any) is not known at this time.  Written public comments were due by May 29, 2019.  The USTR invited comments on:

All comments were to be submitted through www.regulations.gov.  If any of this affects you, hopefully you got your comments in.

Is the EU going to sit back and allow this to play out?  Heck no!  Whereas the threatened special US duties are estimated to affect $11 billion EU products, the EU is proposing to impose special duties on more than 19 billion Euros of US exports in response.  The EU alleges that Boeing has received illegal subsidies and that the proposed special duties are in response to those subsidies.

The EU has also been busy preparing a list of US products to be hit with retaliatory duties if the US imposes duties on European automobiles – yet another trade dispute.