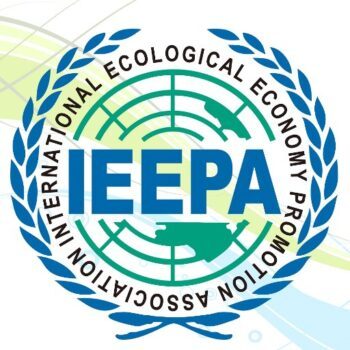 Just last month, Schlumberger Ltd. (Schlumberger), subsidiary Schlumberger Oil Field Holdings Ltd. (SOHL), agreed to pay over $232.7 million in penalties to the United States for violations of the International Emergency Economic Powers Act (IEEPA).  Of this amount, $155,138,904, represented a criminal fine. For a number of reasons, we agree with the Justice Department that this case is a “landmark.”  First, the penalty is the largest criminal fine ever paid under IEEPA, and second, the alleged violations in this case largely involve a U.S. company’s “facilitation” of illicit transactions, rather than direct violations of the sanctions program.

SOHL is a major oilfield services provider headquartered in Paris, Houston, and the Hague.  The IEEPA violations stemmed from the actions of a SOHL business segment called Drillings and Measurements (D&M) headquartered in Sugar Land, Texas.  SOHL has subsidiaries throughout the world that provided D&M services to customers based in Iran and Sudan.  SOHL was permitted to operate in Iran and Sudan as the company was registered in the Caribbean rather than the U.S. However, U.S. citizens could not be involved in the transactions, or this would be considered “facilitation” under OFAC regulations.  Note that the violations alleged in the SOHL case occurred between February 2004 and June 2010, prior to EO 13628, which extended the sanctions on Iran to foreign subsidiaries of U.S. persons.  Prior to October 9, 2012, independent foreign subsidiaries could engage in transactions involving Iran as long as no U.S. person was involved in the transaction.  Today, foreign subsidiaries owned or controlled by U.S. entities or persons cannot engage in transactions with Iran.

Despite the requirement that no U.S. persons be involved in a transaction involving Iran or Sudan, investigators discovered that U.S. employees located in D&M’s Sugarland unit were involved in many of the transactions at issue.  Specifically, U.S. employees facilitated business with Iran by directing the export of oilfield drilling equipment from Canada to Iran in support of an oilfield services contract.  To obscure the transactions from investigators, D&M personnel used the code word “Northern Gulf” when referring to Iran in internal communications.

In the DOJ press release, DOJ stated that although SOHL, as a subsidiary of Schlumberger, had policies and procedures designed to ensure that D&M did not violate U.S. sanctions, SOHL failed to train its employees adequately to ensure that all U.S. persons, including non-U.S. citizens who resided in the U.S. while employed at D&M, complied with Schlumberger’s sanctions policies and compliance procedures.

The DOJ alleged in the information filed in the D.C. Court that D&M provided technical services related to the testing of “mud,” a substance used to lubricate oilfield drilling equipment in operation, taken from oil wells in Sudan.  D&M personnel used the term “Southern Egypt” as a substitute for Sudan in internal company communications.

Furthermore, D&M personnel located in Iran were instructed by D&M personnel outside the U.S. to disguise orders for newly-manufactured oilfield drilling equipment from D&M management personnel in the U.S. by utilizing a location code for a non-embargoed location.

In response to the violations, Schlumberger eventually ceased all oilfield service related operations in Iran.  Furthermore, in addition to the $155,138, 904 penalty assessed against Schlumberger, the company agreed to pay a $77,569,452 criminal forfeiture, resulting in $232,708,356 in total penalties to the government.

Finally, the agreement specified that SOHL continue to cooperate with U.S. authorities throughout a three year period of probation, and not engage in any felony violation of U.S. federal law.  Meanwhile, Schlumberger, as parent company, agreed to continue its cooperation with U.S. authorities and hire an independent consultant to review the company’s internal sanctions policies, procedures, and company-generated sanctions audit reports.

Why this Case is Important?

First, this case is indicative of an ongoing trend towards higher enforcement penalties.  The criminal fine is larger than any fine previous to it, surpassing the $140 million criminal fine assessed against BNP Paribas SA in June of last year.  Furthermore, most of the allegations in this case centered on “facilitation” rather than transactions directly between U.S. persons and Iran or Sudan.  This demonstrates OFAC’s willingness to make companies liable under the broadly worded “facilitation” clauses found in the OFAC regulations.