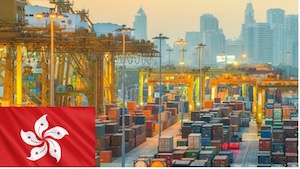 Ramifications of the Change in Hong Kong’s Trade Status
for Importers and Exporters in the U.S. Market

Long before it was established as a special administrative region of China, the Fragrant Harbor (“Hong Kong”) was considered a separate economy from China (“the PRC”) for trade purposes. This changed when President Trump signed Executive Order 13936 on July 14, 2020, which “normalized” Hong Kong’s trade status with the rest of the PRC’s economy. Hong Kong’s change in trade status had a significant impact on the U.S. regulatory enforcement of transactions with Hong Kong entities, especially country of origin marking, assessment of Antidumping & Countervailing Duties, and controlled exports.

When was Hong Kong “normalized” and what does that mean?

The Sino-British Joint Declaration, registered at the U.N. in 1985, required the implementation of a “one country, two systems” policy by the PRC, under which Hong Kong would “retain its current lifestyle and legal, social, and economic systems until at least the year 2047.” The U.S. laws respecting Hong Kong’s trade status[1] provide that the U.S. should respect Hong Kong’s status as a fully autonomous and separate customs territory from the PRC.[2]

However, as of July 14, 2020, the U.S. no longer treats Hong Kong as a separate economy from the PRC. Relying on the U.S.-Hong Kong Policy Act, President Trump signed Executive Order 13936, which required the U.S. to “suspend or eliminate different and preferential treatment for Hong Kong.” The Executive Order was in response to the Secretary of State’s findings that the PRC had fundamentally undermined Hong Kong’s autonomy by enacting new Chinese National Security Legislation that brought the PRC’s police authority in Hong Kong on par to that of mainland China.

What are the ramifications for the trade community?

The following are the key aspects of U.S. import and export regulations that are significantly affected by Hong Kong’s normalization requirements:

1)    Marking and Country of Origin: Because the country of origin historically designated for Hong Kong (“HK”) can no longer be used, goods made in Hong Kong must be marked as Chinese origin in compliance with 19 U.S.C. § 1304 that are entered after September 25, 2021, which exposes them to Section 301 Duties.[3]

3)    Controlled Exports: On December 23, 2020, the Bureau of Industry and Security (“BIS”) published guidance that exports to Hong Kong are treated as transactions destined for the PRC under the Export Administration Regulations (“EAR”).[5] On July 16, 2021, several U.S. agencies, including the Department of the Treasury and the Department of Commerce, jointly published a “Hong Kong Business Advisory” that, in part, warned U.S. companies transacting with certain Hong Kong entities would be exposed to sanctions enforced by the Office of Foreign Asset Controls (“OFAC”) and that certain Hong Kong government entities were already placed on BIS’s military end-user restricted list.

Hong Kong is a frequented transshipping point for international transactions, which has not changed with its U.S. trade status designation. U.S. exporters to Hong Kong should implement the same heightened procedures and due diligence as they would for their Chinese transactions. Additionally, U.S. importers should begin complying with marking and other import rules immediately and should consider filing a prior disclosure with U.S. Customs & Border Protection to avoid penalties if they have not.