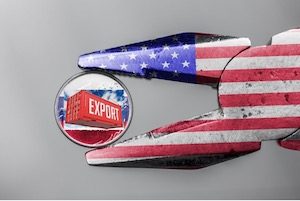 What are U.S. sanctions and export controls, and what is the difference?

U.S. sanctions are administered by the Department of Treasury’s Office of Foreign Assets Control (“OFAC”) and are essentially restrictions on conducting transactions involving certain destinations or persons (i.e., individuals or entities). Meanwhile, export controls are restrictions on exports of U.S. goods, software, and technology to certain destinations, persons, or for certain end uses. There are various agencies involved in regulating exports, but the Department of Commerce’s Bureau of Industry and Security (“BIS”), is the primary agency overseeing export controls. BIS’s jurisdiction extends to all exports of “dual-use” goods (i.e., goods with a dual commercial and military purpose). Other agencies with a role in regulating exports are the Department of State’s, Directorate of Defense Trade Controls (“DDTC”) (for exports of defense articles) and the Department of Energy’s Nuclear Regulatory Commission (“NRC”) (for exports of nuclear materials and certain nuclear equipment).

The primary distinction between U.S. sanctions and export controls is that sanctions generally prohibit a broader range of transactions with the restricted party or destination. For instance, under U.S. sanctions, it is not only prohibited to export to a sanctioned destination such as Iran, but it would be prohibited to import from Iran or to offer services to persons located in Iran. Export controls do not generally prohibit importations of goods or exports of services. As discussed further below, understanding this distinction has important implications for assessing the risks of these regulatory regimes for your business and developing an effective compliance program.

“List-Based Sanctions” (also referred to as “Targeted Sanctions”) are sanctions that prohibit U.S. persons from engaging in transactions with certain designated individuals or entities. Generally, sanctioned individuals or entities are documented on the List of Specially Designated Nationals (“SDNs”) or the Sectoral Sanctions Identifications List (“SSI”). U.S. persons are broadly prohibited from engaging in transactions with any individual or entity listed on the SDN List without authorization in the form of a license from OFAC. Meanwhile, for persons listed on the SSI List, U.S. persons are prohibited from engaging in certain debt-related transactions with the listed person. The specific restrictions that apply will depend on the program under which the person was designated.

OFAC administers dozens of List-Based Sanctions programs that target foreign persons for engaging in certain activities that run counter to U.S. national security and foreign policy concerns. For instance, there are List-Based sanctions relating to cyber security whereby OFAC is authorized to designate as SDNs persons involved in certain malicious cyber-enabled activities. Many of these List-Based Sanctions programs are associated with certain countries or regions, but do not broadly prohibit transactions with the country or region. For instance, the Belarus Sanctions target persons involved in human rights abuses, among other activities, in relation to Belarus, but do not broadly prohibit U.S. persons from engaging in transactions with Belarus.

Unlike U.S. sanctions, U.S. export controls are focused on regulating exports of U.S. goods, software, and technology. “Dual-use” goods with both a commercial and military purpose are regulated by BIS. Meanwhile, defense articles are regulated by DDTC. Under the Export Administration Regulations (“EAR”), which are administered by BIS, any goods manufactured in, or exported from the U.S., are subject to U.S. export restrictions. Further, certain goods manufactured outside of the U.S. are subject to U.S. export restrictions if they incorporate a certain amount of “controlled” U.S. origin content. While all U.S. goods are subject to some level of restrictions, certain goods are subject to varying degrees of enhanced restrictions. These goods are listed on the Commerce Control List (“CCL”) and have an associated “Export Control Classification Number” (“ECCN”). To determine what export restrictions apply to a given “dual use” item, one must first determine if the item is listed on the CCL. The applicable ECCN determines the specific restrictions that apply to that item.

Some important considerations for U.S. export controls are that U.S. export controls do not just apply to exports from the U.S., they also apply to U.S. goods “reexported” from foreign countries. This means that persons located outside of the U.S. must comply with U.S. export restrictions when reexporting U.S.-origin goods. Furthermore, certain goods manufactured outside of the U.S. may be subject to BIS’s jurisdiction if they incorporate a certain amount of U.S.-origin content. As a result, a foreign manufacturer that uses U.S.-origin content to manufacturer its products should assess whether the foreign-produced commodity is subject to U.S. export controls. Finally, U.S. export controls do not just apply to hardware, but also apply to software and “technology” (e.g., technical know-how) relating to U.S. goods. Under U.S export controls, sharing “technology” with a foreign national is often treated as an export to the foreign national’s country of nationality. This means, that both U.S. and non-U.S. business must exercise caution when sharing U.S.-origin technology with customers, vendors, employees, contractors, and others.

We recommend that all businesses, even those located outside of the U.S., consider the relevance of U.S. sanctions and export controls to their operations. There are a number of variables to assess in analyzing the impact and risk of these restrictions to your business. The following are some key considerations for both U.S. and non-U.S.-based businesses.