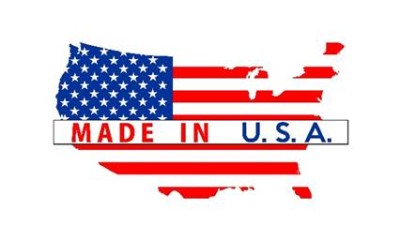 Both the Federal Trade Commission (FTC) and U.S. Customs and Border Protection (CBP) have responsibilities related to the use of country-of-origin claims. While the FTC regulates claims of U.S. origin under its general authority to act against deceptive acts and practices, foreign-origin markings on products (e.g., “made in Japan”) are regulated primarily by CBP. This article focuses on the FTC requirements associated with making a “Made in USA” claim.

A product that is all or virtually all made in the United States will ordinarily be one in which all significant parts and processing that go into the product are of U.S. origin. In other words, where a product is labeled or otherwise advertised with an unqualified “Made in USA” claim, it should contain only a de minimis, or negligible, amount of foreign content.

To date, however, the FTC has not provided a definition of what constitutes “negligible” or “de minimis” foreign content. Past efforts at clarifying the standard have included identifying a set percentage of foreign content below which would constitute a de minimis amount such as 10 percent. However, the standard has remained unchanged. The FTC acknowledges that there is no “bright line” to establish when a product is or is not “all or virtually all” made in the United States. Rather, the FTC spells out in its enforcement guidelines what is and what is not appropriate activity and content in order to make a “Made in USA” claim.

Factors set forth in the enforcement guidelines include:

2) Proportion of U.S. manufacturing costs – the percentage of the total cost of manufacturing the product that is attributable to U.S. costs (i.e., U.S. parts and processing) and to foreign costs.

The FTC will evaluate these factors on a case-by-case basis, however, they have been fairly consistent in interpreting the standard strictly. Many manufacturers in the U.S. have complained that the current standard is too strict and does not allow proper credit for the use of significant U.S.-made content and U.S. production facilities when this falls short of the “all or virtually all” standard. Others argue that the standard skews the marketplace, as imported items that are substantially transformed in the U.S. no longer need to bear a foreign origin mark under CBP rules, while items made from the beginning in the U.S. with much less foreign content cannot be claimed to be “Made in USA.” Despite these arguments, the FTC has adhered to the “all or virtually all” standard and therefore marketers need to be very attentive to these strict FTC requirements before making an unqualified “Made in USA” claim.