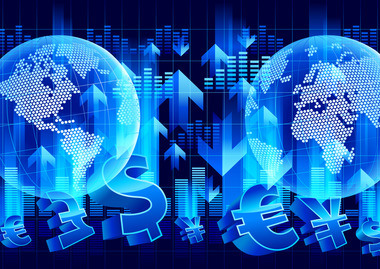 Over the past two years, two major developments occurred that further defined the extent the government can seek to impose personal liability on individuals engaged in international trade transactions absent a showing of actual fraud. The first was the U.S. Court of Appeals for the Federal Circuit decision in United States v. Trek Leather decided in September, 2014, and second was the issuance of the “Yates Memo” in September, 2015 by Sally Quillian Yates, United States Deputy Attorney General.  The Trek Leather case involved the imposition of personal liability on an importer for violation of the Customs penalty statutes, while the Yates Memo addressed the intent of the U.S. Attorney’s office to pursue civil and criminal prosecution against individuals for corporate wrongdoing across the entire spectrum of activities governed by federal compliance statutes and would include the areas of both customs and export control.

Trek Leather involved the prosecution of a company, as well as the company’s president, in an individual capacity for monetary penalties associated with a violation of Section 1592 of the Customs penalty statute. Section 1592 establishes three levels of culpability for importers negligence, gross negligence, and fraud.  The government sought to impose personal liability on the president of the company for failure to declare certain fabric assists associated with the production and importation of men’s clothing.  In its final decision the court held the company’s president liable under the gross negligence standard for acting in his individual capacity to “introduce” merchandise into the United States by his direct involvement via actions that resulted in the failure to declare the fabric assists.

Prior to Trek Leather, liability against individuals was limited to instances of fraud (which can be difficult to prove), or when the government could succeed in “piercing the corporate veil”, which involves proving that from a legal standpoint the corporation, and the individual, have acted essentially as one and the same entity. Only after piercing the corporate veil could the government seek to impose personal liability against individuals under the lower culpability standards of negligence or gross negligence.

This development was followed the next year by the issuance of a memorandum from Deputy Attorney General Sally Quillian Yates to all U.S. Department of Justice (DOJ) Attorneys titled Individual Accountability for Corporate Wrongdoing.  The memorandum became known as the “Yates Memo”, and announced an amendment to the DOJ’s policies and practices to ensure that all federal prosecutors in all divisions use their best efforts to hold individuals responsible for illegal corporate conduct.

The Memo outlined six key steps to strengthen the DOJ’s pursuit of individual corporate wrongdoing, the most notable ones are as follows: The first states that in order for a company to qualify for any mitigating cooperation credit in a federal investigation, the corporation must provide all relevant facts relating to the individuals responsible for the alleged misconduct. The second requires that both criminal and civil corporate investigations should focus on individuals from the inception of any investigation. The fourth step provides that even if a corporation’s liability is resolved in a particular case, this will not absolve the liability of any individuals from civil or criminal liability, and the sixth step states that in civil cases the DOJ attorneys should focus on individuals regardless of the individual’s ability to pay.

It is important to note that neither the Trek Leather decision nor the Yates Memo create any new substantive legal requirements related to international trade compliance. They do however demonstrate a shift toward deterring corporate wrongdoing by focusing on the conduct of individuals actually involved in alleged misconduct, which could include import managers and compliance personnel.

This change in focus establishes a new enforcement environment for international trade compliance professionals and requires a new focus within corporations to address issues such as conflict of interest, and the review of employee indemnification policies. With regard to conflict of interest, with a new emphasis placed on pursuing individual liability, this can result in a conflict between the company’s (and its attorneys) efforts in protecting the company’s interests when attempting to resolve its liability while the individual’s efforts are focused on protecting his or her own interests in the event of an investigation.  With regard to employee indemnification, many companies already have policies in place to indemnify their employees for liability incurred in the reasonable course of performance of their responsibilities, however, in view of these developments compliance professionals should seek to verify their company’s indemnification policy regarding coverage for civil penalties and potential attorney’s fees, and whether the employee is covered under the company’s general liability insurance policies.

Once again, as no new legal requirements have been created under Trek Leather, or the Yates Memo, a company or individual that is able to demonstrate reasonable care in all its international trade compliance activities will be protected from liability in the event of a government investigation. Therefore, this new environment places a premium on the establishment and implementation of a comprehensive written international trade compliance program that includes full management support and involvement, as well as robust employee training.  Careful recordkeeping demonstrating the exercising of reasonable care is now more critical than ever.  In closing, companies with existing compliance programs should consider performing an assessment/third party review of their compliance process and procedures (recommend performing this assessment under attorney-client privilege) to assure they are up-to-date and offer the greatest extent of protection both to the company and the individual trade compliance professional.