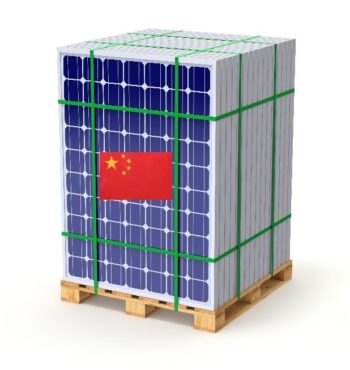 On June 1, 2017, the United States International Commission (Commission) initiated a safeguard investigation under section 201 / 202 of the Trade Act of 1974 (‘‘the Act’’) to determine whether crystalline silicon photovoltaic (‘‘CSPV’’) cells (whether or not partially or fully assembled into other products) are being imported into the United States in such increased quantities as to be a substantial cause of serious injury, or the threat thereof, to the domestic industry producing an article like or directly competitive with the imported articles. The Commission has determined that the investigation is ‘‘extraordinarily complicated’’ and will make its injury determination within 128 days after the petition was filed, or by September 22, 2017. The Commission is to submit to the President the report required within 180 days after the date on which the petition was filed, or by November 13, 2017.

The scope of the investigation closely tracks the scope of existing antidumping (AD) and countervailing duty (CVD) cases and includes in part:

The scope also includes components for final finished products that are assembled after importation, including modules, laminates, panels, and building-integrated materials. The scope provides for a number of exclusions, most notably that CSPV cells manufactured in the United States are excluded from the investigation.

While existing AD and CVD are currently in place covering solar panel products from China and Taiwan, this investigation would apply to products sourced anywhere, provided the CSPV cells were not manufactured in the U.S. Further, the criteria for evaluating whether a trade remedy is warranted, such as increased tariffs or quotas, is not based on whether the products are being “dumped” or unfairly subsidized, but rather would be based on whether the injury or threatened injury be “serious” and that the increased imports must be a “substantial cause” (important and not less than any other cause) of the serious injury or threat of serious injury.

This investigation follows closely after a Section 232 investigation was initiated in April by the U.S. Department of Commerce which is tasked with determining the effects on national security of imported steel products and is emblematic of an increased focus by U.S. industries and the Trump administration to utilize alternative legislative trade remedies beyond AD and CVD to strengthen U.S. competitiveness.