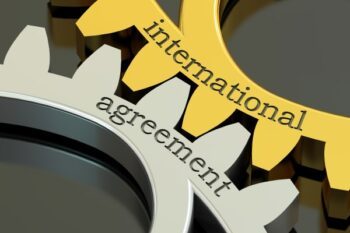 By: S. George Alfonso, Of Counsel

No matter the size of a company, when negotiating international agreements, the potential problems, pitfalls and disputes, both known and unknown, are substantial.  Within every international commercial agreement there inherently exist unique issues which must be addressed.

Many of these matters should be addressed through a well crafted “Dispute Resolution Section”.  Despite the fundamental importance of a Dispute Resolution Section, it is often neglected or even completely overlooked by the parties who view such a Section as unnecessary, as they may be united in their optimism of little-to-no possibility of a serious dispute ever arising.  Such a presumption is as false as it is common.

Results of Failing to Draft a Comprehensive Dispute Resolution Section:

Unique Issues to Address in an International Dispute Resolution Section:

The following represents some of the issues which a well-drafted Dispute Resolution Clause should address:

Unfortunately, all too often, companies both large and small, learn that in the arena of international commercial contracts, serious ramifications can occur as a result of failing to include a properly drafted Dispute Resolution Section. Such belated realization of the importance of this Section, can severely damage, and potentially destroy, the value and profitability of the commercial contract, as well as seriously endanger the company’s overall profitability and status.