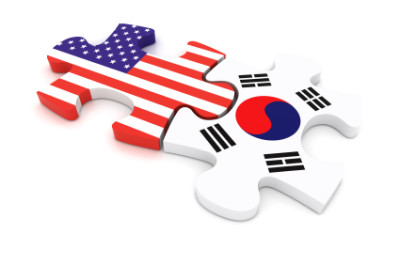 The Korea-United States Free Trade Agreement (KORUS) allows articles to be imported into the U.S. free of duty and Merchandise Processing Fees.  It also allows articles exported from the U.S. to enter Korea free of duty.  So, if you are importing from Korea, or exporting to that country, you simply declare the shipment as qualifying under KORUS, and reap the benefits, right?

Wrong!  To qualify for benefits under KORUS the imported or exported articles must qualify under the applicable rules of origin, and the exporter or importer must be prepared to prove that the shipment qualifies by means of a certification signed by the producer of the article, or other acceptable evidence.

It is not enough for an exporter or importer to simply declare that an article meets the applicable rule of origin, as they must be prepared to prove it.

On March 12, 2012 US Customs & Border Protection issued implementation instructions for KORUS.  Although intended for its field offices and ports of entry, the instructions were made available to the public and serve as an excellent guide to qualifying under KORUS.

The instruction summarizes the rules of origin for KORUS.  It goes on to describe the documentation required to qualify for tariff benefits under KORUS.  It states that “the importer may make a claim for preferential tariff treatment based on a written or electronic certification issued by the exporter or producer, or based on the importer’s knowledge, including a reasonable reliance on information in his possession.”  This means that the importer’s claim for KORUS benefits could be based on a certification from the exporter or producer, the importer’s own knowledge of the facts, or information in the importer’s possession.  The latter could include bills of material and manufacturer’s affidavits, or the importer’s own survey of actual production of the articles at the producer’s factory.  In actual practice, anything less than a certification from the actual producer supported by manufacturing records is probably insufficient.

For exports from the U.S., Korea has published a Certificate of Origin to be completed by the U.S. exporter or (preferably) the producer.

Under KORUS, CBP has the right to verify claims under KORUS.  CBP may issue a Form 28 Request for Information asking for full documentation to support a KORUS claim.  This may include flow charts, bills of material, certificates of origin, etc. to prove that the articles truly qualify.  Korean Customs may request similar information for U.S. exports and has Customs officers at its consulates in the U.S. whose job it is to verify KORUS claims.

In the event of a Focused Assessment audit by CBP, Regulatory Auditors will determine whether the importer has made KORUS claims and, if so, will add KORUS verification to the list of things to be audited.

The intent here is not to discourage importers from making KORUS claims; but instead to caution that such claims must be done carefully, and must be supported by appropriate documentation.

Exporters to Korea may have demands from Korean customers for certificates of origin.  They need to ensure that any such certifications are executed by persons with actual knowledge of whether the exported articles truly qualify under KORUS.

We can close with some recommendations for companies contemplating using KORUS:

KORUS may be a real cost saver, but only if it is done right.  Do it right!