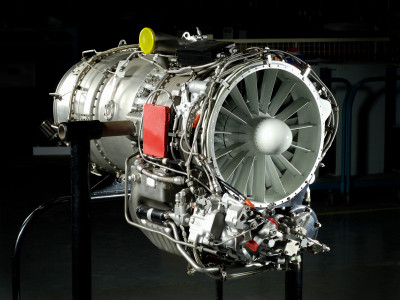 Many manufacturers of nonroad gas or diesel engine propelled equipment provide replacement engines as a service parts offering.  In many cases as a condition of sale of the replacement engine, the used engine, usually non-functioning, must be returned to the equipment manufacturer as part of the transaction.  This used engine is frequently referred to as a “core”, and if the core is salvageable it will be used to produce a rebuilt engine using its reusable parts.  When replacement engines are provided to customers located outside of the U.S., and a used engine or engine core will be returned to the U.S., special considerations related to Environmental Protection Agency (EPA) requirements, and classification under the HTSUS must be observed.

EPA has strict importation requirements related to the importation of vehicles and engines designed to assure that all imported vehicles / engines meet applicable emissions requirements in effect at the time they were originally produced.  These requirements are enforced by U.S. Customs and Border Protection (CBP) and apply to nonroad vehicles and engines (as well as on-road, stationary and marine engines), even if they are not in running condition.  Also, EPA has a very broad definition of what constitutes an engine.  An “engine” is defined under EPA regulations as simply an engine block with an installed crankshaft.  Therefore, most engine cores, even if stripped of most componentry or their fuel systems, would be subject to EPA importation requirements if originally produced after applicable EPA requirements came into effect.  Failure to observe these importation requirements can result in the imposition of significant fines and penalties by EPA, and can also result in the demand for redelivery of imported engines by CBP, or the imposition of liquidated damages if redelivery cannot be made.

EPA requires all importers of nonroad engines produced after applicable EPA emissions requirements came into effect to complete EPA Engine Declaration Form 3520-21.  Emissions requirements for most nonroad compression ignition (Diesel) engines came into effect in the mid-to-late ‘90s, and regulations applicable to larger spark ignition engines came into effect in 2004.  On the form the importer must indicate the type of engine being imported, such as nonroad spark ignition engine or compression ignition engine, and must indicate that the engine is either a U.S. certified engine covered by a valid certificate of conformity bearing a U.S. emission control label, or otherwise must indicate an applicable exemption.  Also the importer must list the make, model, serial number, and month/year of manufacture of the engine.  The form does not have to be presented upon importation, but must be presented to CBP upon request.

Used engines that are essentially complete, even if in non-running condition, are ordinarily classifiable under the Harmonized Tariff Schedule as engines under their respective headings for either spark ignition under 8407, or compression ignition under 8408, which incidentally are unconditionally duty free provisions.  However, under CBP ruling NY E89225 (11/8/1999) CBP ruled that a “short block” for an automotive engine consisting of components of an unfinished spark-ignition internal combustion piston engine including a crankcase, forged steel crankshaft with pistons attached and an oil pan with internal oil pump did not have the essential character of a finished engine and was classifiable under 8409.91 dutiable at 2.5%.  Under this ruling CBP’s definition of what constitutes a complete engine is different than EPA’s, with EPA only requiring that an engine block with installed crankshaft be presented in order for the assembly to constitute a completed engine for emissions control purposes.

In conclusion, importers of used engines or engine cores must pay very careful attention to EPA requirements, and assure that all imported engines / cores can be imported in compliance with EPA requirements, otherwise they should not be imported.  Furthermore, importers should assure that they utilize the correct HTSUS classification for engine / core importations, and perhaps seek a formal ruling from CBP if there is any doubt as to the correct classification based on the engine / core configuration.