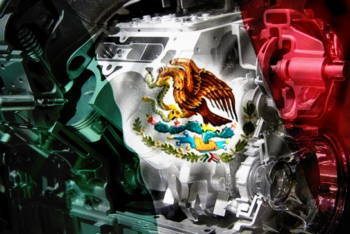 Currently, there are over 6000 entities participating in the IMMEX program operating in Mexico. IMMEX (Industria Manufacturera, Maquiladora y de Servicios de Exportacion, formerly known as maquiladoras and/or PITEX) plays an important role in the Mexican economy, and therefore, the government promotes this program to foreign investors which provides several benefits and advantages for participants.

Generally, the IMMEX program permits participants to temporarily import material and other goods into Mexico to be used to produce finished goods for subsequent export. During the customs process, importers may be allowed to defer the payment of the applicable customs duties under the program.  Alternatively, some IMMEX participants may choose to take advantage of NAFTA (North American Free Trade Agreement), which allows entities located in the NAFTA territory (Mexico, Canada and the United States) to import NAFTA originating materials from the territory of one NAFTA Party into the territory of another NAFTA Party at favorable duty rates.

As one may recall, NAFTA became effective on January 1st, 1994, however, some of its provisions did not become effective until later dates.  One such provision is Article 303, which became effective on January 1st, 2001.  Under this article, when an IMMEX participant imports non-NAFTA originating materials into Mexico to be used in the production of finished goods for export to another NAFTA country, the IMMEX participant must pay duties on the non-NAFTA originating materials, and the IMMEX participant MAY NOT be granted a refund, reduction, or waiver of duty liability that exceeds the lesser of: a) the import duties on the imported materials into Mexico, or b) the import duties payable to the NAFTA country of destination of the finished goods.  This rule is commonly referred to as the “lesser of the two” rule.

At the time materials are imported into Mexico for use in the production of finished goods destined for a NAFTA country, an IMMEX participant can either 1) pay the corresponding duties owned on the non-NAFTA materials up front or, 2) request that Mexican Customs defer payment of duties on the non-NAFTA materials. The amount the IMMEX participant will end up paying may vary depending on the import duties applicable to the finished good into the other NAFTA country.

There are various exemptions to the application of the 303 article. However, determining whether an exemption applies to your company will likely require a thorough review of your company’s products and operations, among other things.

Article 303 is a highly complex and technical law, and in many cases the Mexican government’s interpretation of Article 303 has been rather vague. It is recommended for a company importing under the IMMEX program to conduct an assessment of its operations to determine if Article 303 may impact the company’s business in Mexico.