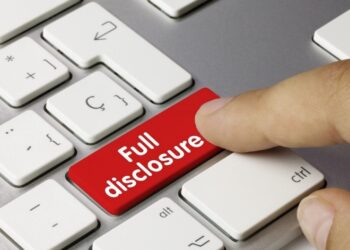 Export violations can involve corporate and individual culpability in civil penalties and criminal prosecution.  The Feb. 5 decision in U.S. vs. Fokker Services B.V. (“Fokker”) raised a number of questions about the benefits and risks of participating in the VSD process.  The March 25 announcement of a plea agreement between Schlumberger Oilfield Holdings Ltd (“Schlumberger”) and the U.S. Attorney’s Office (“USAO”) following a multi-year investigation provides a counterpoint when determining if a company should submit a VSD upon discovery of potential export violations.

It’s in the differences that we find the value of a VSD.

The Risks of a VSD

The risks associated with a VSD can be high.  By filing a VSD, a company willingly waves certain rights such as the right to a trial, Fifth Amendment rights against self-incrimination, and in some circumstances protections under the attorney-client relationship.  Companies that identify possible export violations should consult with outside counsel in evaluating the risks.  Considering what a company foregoes in the VSD process, why would any of them participate?  Quite simply put, Leniency.

All agencies that accept VSDs consider them a mitigating factor. Department of Commerce’s Bureau of Industry and Security (“BIS”) states on its website, “VSDs are an excellent indicator of a party’s intent to comply with U.S. export control requirements.”  The Schlumberger outcome required a six-year, multi-agency investigation.  The Wall Street Journal reported millions of documents were reviewed, many of which had to be obtained from overseas.  Fokker spared the government the expense and labor involved in an antagonistic investigative process.

Was Leniency Worth It?

While Fokker is appealing Judge Leon’s decision, it is not alone.  The Deferred Prosecution Agreement (DPA) is a global settlement of all charges and the government agencies that are party to the DPA support the settlement in its current form.

Both companies either pled guilty or admitted to Conspiracy and were given probation.  Fokker’s probation is 18 months and Schlumberger’s is twice as long, three years.

No individuals have been prosecuted in either case, but that trend may not last.   BIS, a signatory to the Fokker DPA, posted an article on January 2, 2015 titled, “Is It Time for Corporate Executives to Be Held Accountable When Their Companies Defraud the Government?”, which may signal a BIS shift to increased individual accountability.  Individuals connected to potential legal violations should seek legal counsel separate from their corporate counsel to insure their rights, including fifth amendment rights, are protected.

In Fokker, all parties, including Judge Leon, agreed that the company had a “precarious financial situation”. The base penalty for the violations was $145,492,023.   The stated revenue from the illegal transactions was $21 million, or 14.5% of the base penalty.  The DPA required all $21 million to be forfeited, inclusive of a payment of  $10.5 million in a civil monetary penalty to OFAC and BIS, and a forfeiture of an additional $10.5 million pursuant to a deferred prosecution agreement (“DPA”) reached with the USAO.

In Schlumberger, the penalty assessed was $155,138,904 (2x the revenue).  In addition, D&M, a Schlumberger business segment, had revenue of $77,569,452 from the unlawful transactions, all of which will be forfeited as part of the settlement.

Both companies will continue working with government agencies during their probationary period.  Fokker is currently under a program of self-audit while Schlumberger is required to obtain an independent consultant to “review the parent company’s internal sanctions policies, procedures, and company-generated sanctions audit reports”.

In all areas of the settlement, Fokker’s DPA demonstrates leniency when compared to Schlumberger’s plea agreement.

Timing is the key to leniency.  A VSD must be submitted prior to the initiation of a government investigation.  Even if your export violations seem minor, consult outside counsel before proceeding with a VSD.  Each VSD is different, and a full awareness of risks can help you make an informed decision.