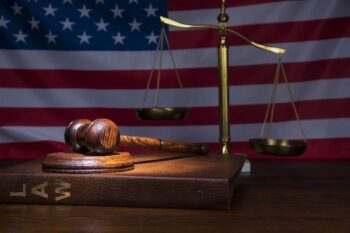 In United States v. Nora, 18-31078 (5th Cir. Feb. 24, 2021), the Fifth Circuit reversed a conviction and 40-month sentence in a healthcare fraud case. The jury found Nora guilty of conspiracy to commit healthcare fraud, and conspiracy to violate the anti-kickback statute. Twenty-one defendants were indicted, and five individuals went to trial. The other four trial defendants’ convictions were affirmed.

Nora, a high school graduate, earned no more than $60,000 per year as the office manager for Abide Home Health Care Services. His duties were central to the fraud and kickback scheme, per the government, which included (1) assigning patients to Abide’s house doctors who approved medically unnecessary plans of care; (2) processing and delivering payments that he knew were for patient referrals; and (3) awareness of Abide’s practice of “ghosting,” which is discharging a patient and continuing treatment for 60 days, and then re-enrolling them to avoid suspicion by Medicare. Nora had numerous other duties which included: coordinating new patient intake and admissions, fielding calls from referrers of potential new patients, collecting patients’ Medicare, or other insurance information to verify benefits, assigning a nurse to conduct an evaluation of the patient’s eligibility, assigning a field nurse to make regular home health visits, data entry of forms generated during this process, following up with patients identified by recruiters, contacting doctors for approval of the patient and follow up communications regarding the same, offering an Abide house doctor evaluation if a patient was not deemed appropriate by their own doctor, scheduling visits, processing visit notes and tracking patient recertifications.

Nora argued throughout his trial and on appeal that he did not have the requisite intent, knowledge, nor awareness of an illegal health care fraud scheme, or illegal health care kickbacks at Abide. The Court discussed the definition of “willful,” in the criminal context, stating that “the Government must prove that the defendant acted with knowledge that his conduct was unlawful” (citations omitted). The Court emphasized that this definition applies to the health care fraud and anti-kickback statutes, and neither conspiracy nor aider and abettor liability lowers this mens rea requirement (citations omitted). The Court stated that while Nora may have understood that Abide was making referral payments for new patients, there was no evidence that he knew that these payments were unlawful kickbacks. The Court was not persuaded by two pieces of paper with limited probative value, regarding training by Nora on compliance, Medicare, and home health.

The Court also emphasized that no witness testified that Nora understood the unlawful or fraudulent purpose behind Abide’s practices. It discussed the testimony of cooperating co-defendants who testified that “everyone in the office knew about ghosting” and that Abide had a pervasive culture of disregard for the rules. Nevertheless, the Court concluded that this general testimony about a healthcare business with its complex system of laws and regulations cannot impute “bad purpose” to all 150 employees who worked there. The Court distinguished other cases in which an office manager was found to act with the requisite intent or where “proximity to fraudulent activities can lead to an inference of knowledge of fraud.” In doing so, the Court emphasized that Nora began working for Abide when he was 22 years old with no prior healthcare experience and was unaware of the complex healthcare regulations.

The Court concluded that even under its extremely deferential review of jury verdicts, there was insufficient evidence that Nora acted with knowledge that his conduct was unlawful and, therefore, acted willfully. Specifically, there was insufficient evidence proving that (1) Nora knew that Abide was defrauding Medicare, through “ghosting,” its use of in-house doctors, or otherwise (Count 1); (2) Nora knew that Abide’s referral payments constituted illegal kickbacks (Count 2); or (3) Nora was involved with a specific patient’s treatment at Abide or that he knew the patient was not actually homebound (Count 27).

Nora is a significant opinion in the white-collar criminal area and especially healthcare fraud cases. The government frequently indicts many defendants in these types of cases, including those tangentially related to the alleged scheme. Nora makes clear that testimony merely regarding a defendant’s actions without testimony that he knew that his conduct was unlawful is insufficient under the healthcare fraud and antikickback statutes. It also makes clear that general testimony like “everybody knew” or general knowledge about compliance is insufficient to support willfulness. It will be interesting to see if the government pursues narrower indictments in healthcare fraud and antikickback prosecutions, where proving intent could be more problematic regarding tangential defendants under Nora.

Click the link: https://www.flipsnack.com/braumillerlaw2021/braumiller-law-consulting-group-digital-magazine-june/full-view.html. Once you initially click, the best view will be “Full Screen” mode, which is located in the lower right-hand corner of your screen.

Other articles from Sarah Wirskye