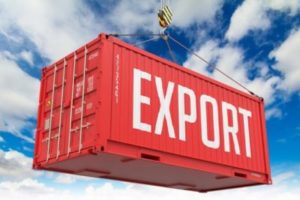 2018 saw a number of administrative and legislative changes to U.S. export controls.  Many of them have not been implemented, and others have gone into place.  Let’s take a look:

This legislation had bipartisan sponsorship, was passed by both houses of Congress, and became law on Aug. 13, 2018.  It establishes legal authority for U.S. export controls, and finally puts an end to the President needing to use emergency powers to extend the long-expired Export Administration Act of 1979.

Many provisions of the ECRA are still under development and will be rolled out over the next year or more. The most significant provisions concern emerging and foundational technologies.

The Bureau of Industry & Security will lead an interagency effort to identify and implement new export controls on emerging and foundational technologies.  This could lead to export controls on technologies that are considered essential to U.S. national security.  These technologies may include artificial intelligence, biotechnology, self-driving vehicles, nanotechnology, robotics and semiconductors.  Although this sounds a bit like a blank check, any new regulations will require private sector review and input before going into place.

Committee on Foreign Investment in the United States (CFIUS)

The CFIUS is a committee chaired by the Secretary of the Treasury with members from other federal agencies.  Its responsibility is oversight and review of purchases and investments by foreign entities in U.S. companies.  This year Congress passed the Foreign Investment Risk Review Modernization Act (FIRRMA) and it became law.

ECR is still underway.  This year the Departments of State and Commerce took on the three remaining U.S. Munitions List (USML) categories that had not been revised through ECR.  They are Cat. I covering firearms; Cat. II covering guns and armaments; and Cat. III covering ammunition.    Proposed revisions to the USML and the Commerce Control List were published for public comment in the Federal Register.  The finalized changes to the regulations are expected in 2019.

Changes to the International Traffic in Arms Regulations (ITAR)

The Directorate of Defense Trade Controls (DDTC) and the Bureau of Industry & Security requested and received comments for a review of USML categories V (explosives), X (personal protective equipment) and XI (military electronics).  This review may have already resulted in changes to categories V and XI (see below).

DDTC also changed its website (www.pmddtc.state.gov) and made several personnel and leadership changes.

Changes to the Export Administration Regulations

One of the significant changes to the EAR was expansion of the Entity List and the Unverified List in Part 744.  These lists have become an important export control tool.  Exports to entities on these lists require a license application – regardless of export control classification – and probable denial.  Checking against these lists should become part of the export screening process.

The major change to the OFAC sanctions was reimposition of the Iran sanctions on Nov. 4.  For the most part the sanctions returned to where they were prior to the Implementation Day of the Joint Comprehensive Plan of Action in January 2016.  OFAC also added (or reinstated) many parties to the Specially Designated Nationals List).    OFAC also added entities to other lists – all of which appear in the OFAC Consolidated Screening List – another list to check before exporting.

Are we having fun yet?  Stay tuned for more exciting (?) revisions and changes in 2019.