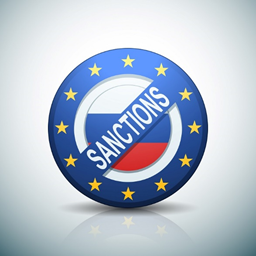 On August 2, 2017, President Trump signed into law the Countering America’s Adversaries Through Sanctions Act (the Act).  While the legislation’s initial purpose was to deepen and expand American sanctions against Russia, Congress broadened the final version of the Act to include additional measures targeting Iran, North Korea and third parties that engage in enabling activity.  Because the Act addresses a variety of commercial transactions, it carries relevance for a range of actors involved in international trade with Russia, Iran or North Korea.  The following summary briefly outlines some of the legislation’s most important features.

The Act codifies a series of existing Executive Orders introduced in 2014 by President Obama in response to the Russian annexation of Crimea.  Additionally, the Act also elevates Congress’s role in future adjustments to Russian trade policy.  Under the Act, any modification to the Russian sanctions regime would require the President to notify Congress in advance and creates a 30-day window in which lawmakers can debate and override proposed changes.

However, the Act moves beyond the codification of existing Executive Orders by introducing a range of additional sanctions on Russian activities.  For example, under Directive 1 of the Sectoral Sanctions Identification List (SSI), Americans were already prohibited from engaging in debt transactions with Russian financial companies when these investments carried maturities greater than 30 days.  The Act further narrows this restriction by barring any debt financing with a maturity of greater than 14 days.

With respect to prohibitions on American investment in Russian energy companies, SSI Directive 2 previously limited American participation to transactions with maturities less than 90 days.  Under the Act, American financing of Russian energy projects is now confined to those projects with maturities of less than 60 days.  Moreover, Congress also placed stricter limits on American involvement in all energy transactions with those specific Russians listed under Directive 4 of the SSI by banning any investments where designated Russians possess an ownership stake of 33% or more.

While the Act expands the scope of existing sanctioned activities with Russian actors, it also carves out significant new executive branch authority for the development of future sanctions in other areas of trade.  For instance, the Act authorizes the administration to impose further restrictions in trade flows between Americans and the Russian metal and mining industries.  Moreover, the Act authorizes the administration to pursue the wider sanctioning of non-American entities under a “secondary sanctions” regime that targets the assets of those who do business with select Russian industries and individuals.

Under these new “secondary sanctioning” powers granted by Congress to the administration, the President is now authorized to create expansive new categories of proscribed activity by non-Americans.  Those transactions specifically listed among the President’s new sanctioning authority include penalties for:

Similarly, the Act directs the President to levy new secondary sanctions against those engaged in certain activities with Iran.  In particular, the Act authorizes punitive measures against those who facilitate the exchange of military equipment or technology with Iran, the Iranian Revolutionary Guard Corps, or Iran’s ballistic missile program. Parallel to the ongoing reporting obligations outlined above, Congress instructed the President to update the sanction lists with new violators every 180 days.

Since the Act combines mandatory new sanctions with other, discretionary ones, much will depend on how the administration elects to use this new authority moving forward.  What is known is that the Act will result in stricter regulation of trade with, and investment in, a broader range of Russian, Iranian, North Korean enterprises.