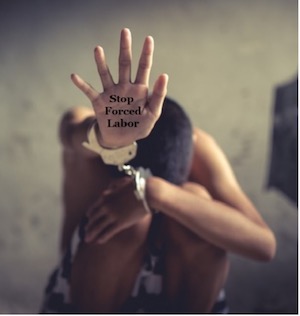 U.S. Customs and Border Protection (“CBP”) enforcement into forced labor practices continues into 2021, as CBP has detained 1,213 shipments that contained approximately $ 414 million of goods suspected to be made by forced labor this year.[1] On August 29, CBP issued a list of Ten Frequently Asked Questions regarding forced labor (“the FAQs”) through its annual Virtual Trade Week. CBP continues to publish FAQs related to forced labor, including those products in the Hoshine Silicon Industry Co. Ltd supply chain, on its website at: https://www.cbp.gov/trade/programs-administration/forced-labor. Below are the key takeaways from the FAQs:

In light of these recent trade enforcement developments, companies should bolster their compliance programs to include standard procedures for products and their components that CBP alleges were made using forced labor. To comply with forced labor laws, importers should develop a risk mitigation strategy with its stakeholders, partners, and suppliers by assessing the risks of forced labor in their supply chains, develop standards of procedure in the form of compliance manuals, and train employees and contractors how to implement those standards of procedure.

To adapt to CBP’s growing enforcement of forced labor laws, importers should integrate the following procedures into their compliance programs:

Penalties for violating U.S. forced labor laws can be severe, and include issuance of new WROs, seizure and forfeiture of violative products, civil penalties of up to $250,000 per violation, up to 20 years of imprisonment for individuals, and revocation of import privileges. Compliance should be closely monitored by conducting independent supply chain reviews for forced labor and deliberately addressing CBP actions, such as CF-28s (Requests for Information). Importers with supply chains in China have the greatest risk of civil penalties, criminal enforcement, and reputational harm under U.S. forced labor laws, and should devote more resources and attention to this area of their product lines.

As an integral legal resource for forced labor and other import compliance, Braumiller Law Group has professionals with extensive experience in tailoring forced labor compliance procedures for a wide variety of importers, and when needed, responding to CBP actions, such as detainments and forced labor audits.

Below is a list sources for information on forced labor compliance:

Read more by this author: https://www.braumillerlaw.com/author/adriennebraumiller/