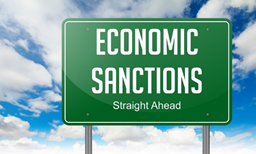 The passage of the Countering America’s Adversaries Through Sanctions Act (the Act) brought a host of new regulations into law, and with them, new compliance hurdles for those engaged in international trade.  Though the Act was designed to target transactions with Russia, Iran, and North Korea, its regulatory reach is much broader, potentially affecting the supply chains of many other businesses involved in international trade.  To see how the Act could have disruptive spillover effects for trade with other countries, consider the role the North Korean sanctions will play on trade with China.

As part of the enforcement mechanism created under the Act, Congress issued a series of new secondary sanctions targeting those who trade or facilitate trade with designated North Korean persons.  Secondary sanctions allow government agencies to penalize non-U.S. persons and entities for all noncompliant actions, even those occurring outside the jurisdiction of the United States.  Included in this authority is the ability of regulatory bodies, such as The Office of Foreign Assets Control (OFAC), to amend restricted party lists to add any new entities or persons found to be assisting or providing financial support for a blocked party.  Combined, these sanctioning powers complicate trade operations for those who transact regularly with Chinese companies because it exposes these firms to penalties for violations that can be difficult to recognize without rigorous due diligence designed to identify the presence of restricted parties in all parts of their supply chain.

Consider, for example, an American importer whose supplier is based in China.  Under the Act’s secondary sanctioning power, the American importer could be in violation of the Act if its Chinese supplier transacts with a restricted North Korean entity as part of its own production process.  This situation might arise when, for instance, the Chinese supplier imports some, or all, of its product material from a North Korean entity subject to sanctions for the use of forced labor.  The same considerations apply in reverse for American firms looking to export to China.  Under this scenario, American exports might find their way to sanctioned end-users in North Korea, as China is North Korea’s primary exporter.  Either way, these streams of commerce operate as violations of the Act and expose the American firm to penalties via secondary sanctions.

Alternatively, similar consequences could result if a sanctioned North Korean entity holds significant financial control over a Chinese exporter who in turn sells its products to an American firm.  Here, it is critical to recognize that this type of violation can occur even if the Chinese supplier itself is not specifically listed on a government registry of restricted entities.  Accordingly, under the secondary sanctions of the Act, any restricted North Korean entity with a significant property interest in a Chinese firm imputes onto that firm its own restricted status.  This is true even when an American buyer has no formal notice of a potential violation, as would be the case when it references the official government blocked party lists.

Given the variety of regulatory entanglements that could potentially arise when trading with Chinese companies under the Act, firms should exercise caution in proceeding with these relationships.  Fortunately, OFAC offers some guidance on navigating potential issues involving financial control violations under conditions where secondary sanctions may be applicable to a transaction.  Specifically, OFAC defines sanctionable financial control to be when “any entity owned in the aggregate, directly or indirectly, 50 percent or more is owned by one or more blocked persons is itself considered to be a blocked person”.  By its plain language, this definition appears to be straightforward.

While the expansive reach of secondary sanctions authorized by the Act exposes many trade networks to potential disruption, Chinese entities are especially vulnerable for three reasons.  First, because the Act designates a broad range of North Korean industries as sanctionable—from mining to financial services—much of North Korea’s economic activity will fall within the scope of the Act’s regulatory teeth.  Second, because of China’s geographic proximity to North Korea and its role as North Korea’s most integrated trading partner, the most probable destination for North Korean exports is often China.  Finally, because the Act specifically mandates ongoing revision of the North Korean restricted party lists, effective compliance in avoiding these parties—whether it be through imports or exports—requires continuously vigilant oversight.

Altogether, the new secondary sanctions levied on North Korea indirectly impose more stringent due diligence requirements on those firms that trade with China.  In response, to effectively protect themselves from penalties, firms should take proactive steps to avoid transacting with restricted North Korean parties.  In doing so, firms should familiarize themselves with all the constituent parts of the supply chains of their importers.  In addition, firms should track the movement of their exports thoroughly, through to their end-users.  Finally, successful international traders must identify the ownership structures of their trade partners, and, by extension, those entities’ corresponding ownership interests, to prevent facilitating trade with sanctioned North Korean persons.