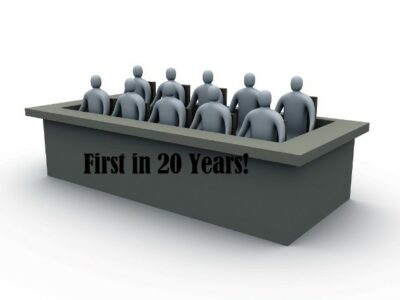 The Court of International Trade (CIT) is slated for its first jury trial in 20 years. The case? U.S. v. Univar USA Inc. What’s so special about it?

On March 26, 2019, Judge Barnett of the Court of International Trade ruled that a jury can, indeed, rule on the ultimate question of 19 U.S.C. § 1592 (Penalties for Fraud, Gross Negligence or Negligence) liability, but the jury cannot rule on the amount of civil penalties stemming from § 1592 liability. In a rare move, Univar demanded a jury trial after the Government brought a § 1592 claim against the company for gross negligence. The Government initiated action against Univar alleging the company grossly negligently evaded antidumping duties on 36 entries of saccharin that were allegedly transshipped from China through Taiwan before importation into the United States. When Univar demanded a jury trial on all the triable issues, the Government attempted to argue that one of those triable issues included the penalty amount assessed upon liability.

Not only was this argument rejected by precedent,[1] but also the Constitution,[2] Congressional intent upon a close reading of the § 1592 statute,[3] and the Supreme Court.[4] The case is set for trial by jury beginning this month where the Government is seeking almost 48 million dollars in penalties and in excess of 36 million in unpaid duties. But why trial by jury to determine liability? Perhaps the more thought-provoking question: why is this the first trial by jury case in the CIT in 20 years?

Let’s take a step back.

The CIT was established in 1980. During the Court’s first five years of existence, only one jury trial was heard. Since then, they’ve been few and far between in the CIT. This could be for several reasons. The type of cases that fall within the purview of the CIT are usually disputes between the Government and an importer/exporter. While a specific set of administrative laws are implicated, many of the cases are appellant in nature, meaning that either the government, or the importer/exporter, has exhausted non-trial resources before finally resorting to going to court. And as we all know, there are many governmental resources available to Companies seeking advice, or even forgiveness, i.e. prior disclosures, classification ruling requests, antidumping and countervailing duty scope rulings, etc.

The different types of cases that CIT hears usually stem from an impasse between the Government and a company who has gone through the motions of pre-trial options, no pun intended. However, § 1592 penalty claims are a different animal. These penalty claims only come when the government has plenty of reason to believe that they can be successful. Perhaps the reason why not many of these cases go to trial is because a defendant doesn’t want to go to bat against the government and would rather settle than go through the great expense of litigation.

Taking a look at the CIT’s Order denying Defendant’s motion for summary judgment in the Univar case, Univar used a table to outline all of the exhibits they object to as hearsay. This shows that Univar is ready for battle and this trial should be watched as a possible pre-cursor to more direct challenges to § 1592 penalty actions brought by the Government. If the jury rules that Univar is not liable under § 1592, more importers may be inclined to demand jury trials in the CIT in the hopes of similar favorable outcomes.

[1] In United States v. Tri-State Hosp. Supply Corp., Court No. 97-04-00678 (CIT May 10, 1999), the defendant requested for a jury to rule on the issue of amount of civil penalty, and the Government opposed this request. The CIT ultimately ruled that a defendant is entitled to a trial by jury on the issue of liability, but no other issue.

[2] The Seventh Amendment to the Constitution preserves the right to a jury trial.

[4] In Toll v. United States, 481 U.S. 412 (1987), the Supreme Court ruled on a similar statute, the Clean Water Act. The Court held that a jury could decide liability, but not choose a penalty when the statute clearly provided limitations to penalties.