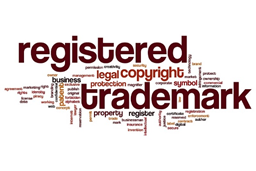 I was talking to a Customs and Border Protection (CBP) Fines, Penalties and Forfeitures Officer the other day and I asked, “What’s the most common violation you are seeing these days?”  Without hesitation, she told me that Intellectual Property Rights (IPR) continues to be “number one.”  These particular violations are that of a company’s trademark, copyright, or patent that has been registered with CBP for protection from use by unauthorized entities.  The cases range from small importers that found “a great deal”, to criminals deliberately trying to profit from popular marks.  Counterfeiting has a greater profit margin than drug dealing, and the penalties are less stringent.

Statistics for 2016 available from CBP concerning IPR are impressive.  They include 31,560 seizures with an MSRP of $4,382,903,001; 451 arrests; 304 indictments, and 272 convictions.  Although the criminal penalties are aimed at those deliberately importing counterfeit goods, and make up a small percentage of the total number of the violations, the civil penalties assessed on all cases can range from the value of MSRP for the first violation to twice the MSRP for subsequent violations, along with forfeiture and destruction of the goods.

Commodities frequently found to be volatile include furniture, sporting goods, consumer electronics, semiconductor parts, transportation parts and textiles.  Although counterfeit marks have been discovered from many countries, China and Hong Kong account for 88% of the enforcement activities.

Mark holders can record their marks with CBP who can then rapidly query the system to determine if a recordation exists and who can lawfully import the mark.  There are 17,736 active recordations currently on file, which is a strong indicator that companies are very protective of their marks.  Importers with permission to import a company’s mark should be sure to include written permission from the right holder with such shipments.

CBP issued an informational document on February 16, 2017 titled, What Every Member of the Trade Community Should Know About: CBP Enforcement of Intellectual Property Rights, to alert importers to their responsibilities concerning use of trademarks not owned by their company.  The document also details the process for recording your own mark and should be recommended reading for importers.

This is a huge issue and small importers have been caught in the process due to accepting the word of the foreign seller that the mark is legal.  This can be financially ruinous for the company both financially and to their reputation as they cannot fill orders due to seizure of the merchandise.  Only written permission from the right holder can protect against legal action.  As always, the best advice is to do your homework and if the deal looks too good to be true, it probably is.