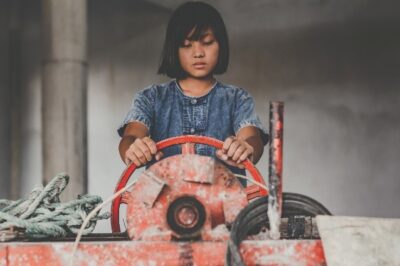 The U.S. government, including Customs and Border Protection (CBP), has recently put an emphasis on preventing forced labor in global supply chains. For instance, On March 11, 2020, the House Rules Committee introduced a new bill that would create a rebuttable presumption regarding forced labor in Xinjiang, China. If the bill were to pass, it would mean that any company importing goods made in that region must demonstrate through “clear and convincing” evidence that forced labor is not being used in its supply chains. If a company cannot satisfy this criteria, it risks having its good detained upon importation. This bill is currently in its infancy but has bipartisan support. For a complete copy of the bill, click here.  If passed, this bill will be especially strict, as it will place an automatic obligation on the importer to prove they are not utilizing indentured workers or prisoners in their supply chain for goods manufactured in this region.

Aside from the pending bill, CBP has long held that it will not tolerate forced labor in supply chains. The regulations at 19 U.S.C. § 1307 define forced labor as “all work or service which is exacted from any person under the menace of any penalty for its nonperformance and for which the worker does not offer himself voluntarily.” This definition includes forced or indentured child labor as well.  If CBP has information that reasonably indicates that merchandise is being produced by forced labor, it can issue a Withhold Release Order (WRO). If a WRO is issued, an importer may either reexport the shipment, or submit a detailed statement demonstrating that the merchandise was not produced using forced labor. If CBP determines that the imported goods were produced using forced labor, a formal finding will be published in the Federal Register. Along with a formal finding, it is likely that penalties and/or fines will be issued.

CBP’s continuing initiative to remove forced labor from supply chains is supported by a number of cases cited by the Department of Labor. A few of these include: (1) Vietnam estimating that more than 24,000 children produce beds, chairs, tables, among other furniture; and (2) Since 2015, about 1500 forced labor fishing cases have been uncovered in Indonesia.  Another example that often occurs in mining is that companies indenture the local population and force them to work in the mines.  Items produced from these types of labor and imported into the U.S. violate U.S. laws.   For more examples and a detailed explanation as to why CBP is actively monitoring forced labor in supply chains, see https://www.cbp.gov/frontline/cbp-takes-aim-forced-labor.

While CBP has long monitored the use of forced labor in supply chains, it recently has included a forced labor review as part of different import audits, including a Focused Assessment. Within these reviews, CBP analyzes a company’s supply chain to determine if any of the imported merchandise is the product of forced labor. In addition, as part of the audit, it is likely that documentation will be requested to show that the company is actively monitoring for forced labor within its own supply chain. With CBP putting an added emphasis on preventing forced labor, it is recommended for companies to have either a forced labor manual or forced labor procedures in place to show reasonable care and thus meet the importer’s obligations under the Customs Modernization Act. It is important to note that CBP also relies on tips from the public and other agencies when determining whether merchandise is being produced using forced labor. Any person can report a possible violation through the e-allegation portal. If the allegation leads to the recovery of any penalty, the person could seek compensation up to $250,000.

For any additional inquiries, or if you would like to discuss CBP’s forced labor initiative in more detail, please contact Jennifer Horvath at Jennifer@braumillerlaw.com.