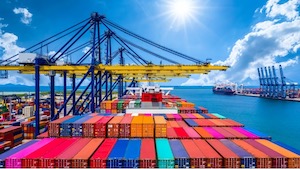 There are also requirements and restrictions associated with “voluntary” marking and labeling practices which include regulation of “Made in USA” marking, use of trademarks or tradenames, and other labeling and prohibitions against the use of false statements or misleading product descriptions on packaging and labeling.  These can lead to enforcement actions by the administrating authorities and can also result in civil lawsuits and potential monetary damage orders or settlements under state and federal deceptive advertising laws.

But what about U.S. laws that pertain to products that are sold purely for export, and will not enter the stream of commerce in the U.S.?  In this case we are not talking about the marking and labeling requirements in the destination country, which of course must be considered, but are essentially the responsibility of the importer of the goods into the destination country – in the same way the U.S. importer of record is responsible for complying with the above mandatory and voluntary marking requirements, with the foreign suppliers essentially being outside the jurisdiction of U.S. Customs and other U.S. agencies.

A basic example of U.S laws that can restrict certain marking and labeling on products destined for export involves the prohibition against the use of “counterfeit” trademarks or tradenames.  These prohibitions are specifically addressed under 18 U.S. Code § 2320 – Trafficking in counterfeit goods or services, which provides that it is a punishable offense to … “traffic in goods or services and knowingly uses a counterfeit mark on or in connection with such goods or services”.  The term “traffic” applies to both imports and exports, and such counterfeit merchandise would be deemed to be contraband which cannot be legally traded, and the Act provides for severe civil and criminal penalties.

Aside from counterfeiting, a common misunderstanding is that when goods are otherwise destined for export, there are no U.S. based regulations or restrictions on marking and labeling.  Some exporters believe it is permissible to include patently incorrect marking or labelling claims on their exported products.  An example of this includes placing a “Made in USA” label on merchandise that contains 100% imported goods and has not undergone further processing in the U.S.  This type of marking would violate the marking requirements under most free trade agreements the U.S. has in place and would also be suspect in connection with U.S. Census Bureau documentation that requires exporters to declare whether the merchandise is “foreign” or “domestic”.  Essentially an exporter would need to mis-declare the merchandise as “domestic” in order for its product labeling to match its “Made in USA” claims, and thus be in violation of U.S. Census bureau requirements.

While many of the mandatory marking requirements for goods imported and sold into the U.S. are not applicable on exported goods, compliant exporters will take steps to assure that marking and labeling on their products contains correct and supportable information, in particular with respect to trademarks and product origin, and that all U.S. labeling requirements are met related to consumer protection laws, as these can have extra-territorial applicability and enforcement effect.