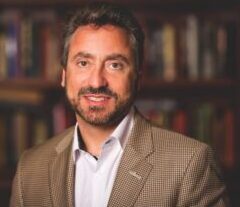 Mr. Linardakis, is a global trade and compliance attorney, and holds a Masters of Laws (LL.M.) in International Trade Law & International Corporate Law. He has held positions in multi-billion dollar public and privately held companies, with his most recent position, as Associated General Counsel for one of the largest privately held metals and steel company in the Western Hemisphere. His responsibilities included ABAC, Global Trade, M&A’s, ITAR/Exports, Tax-based treaty requirements, and corporate compliance matters, among other areas. He has also served as Molex’s (a subsidiary of Koch Industries) Global Trade Compliance attorney & ITAR Empowered Official.

Additionally, Christos served in global trade positions for a Fortune 25 computer technology company, as well as for a Fortune 500 telecommunications company . In those positions, he established corporate compliance programs for U.S., E.U. and Asian trade laws, as well as ITAR compliance programs, including MLA/TAA for offshore ITAR manufacturing, Foreign Military Sales, as well as instituting compliance operational manuals tailored to specific departmental requirements. He’s held primary roles in all M&A activities including the merger of Compaq Computers with HP, and others. The highlight of his career was when he had the honor of working as co-counsel with the late U.S. Ambassador Richard Williamson on a Sudanese Humanitarian case personally petitioning before the Dept. of State for deployment of humanitarian equipment and services to Sudan.

Mr. Linardakis has held various positions for small-to-medium Export Trading Companies, both for domestic and foreign subsidiaries, with annual sales of $8 million to $175 million. He has provided key legal and business advice to clients in international market penetration, foreign investments, Customs and FAA audits, Export Administration regulations, International Traffic and Arms Regulations, Significant Military Equipment, foreign military sales, and more. He assisted in researching and editing the International Trade Law, N.Y Practitioner’s Guide, (published by Matthew Bender, 1999). Mr. Linardakis is fluent in Greek and proficient in French, and has traveled extensively for international companies throughout the world.

Christos holds a J.D. and LL.M from the John Marshall Law School, in International Corporate Law and International Trade Law. Moreover, he holds a Certificate in Finance from the Harvard Business School, Certification from Schulich School of Business/York University Canada, and a Master of Theology from St. John of Damascus Institute of Theology, with a concentration in Canon law. He has also been an adjunct professor at John Marshall Law School LLM Program, teaching Corporate International Trade Compliance.

He has studied abroad in Turkey and Greece via Lake Forest College, and worked in Greece establishing distributors for Kawasaki products. He double majored in International Business and Economics at Benedictine University and has a minor in English Literature. He holds various Board positions for non-profits in Chicago, and is an Advisory Board Member for A.C.E.S, in partnership with the School of Public Affairs at American University Washington School of Law, on ABAC & Export Controls.